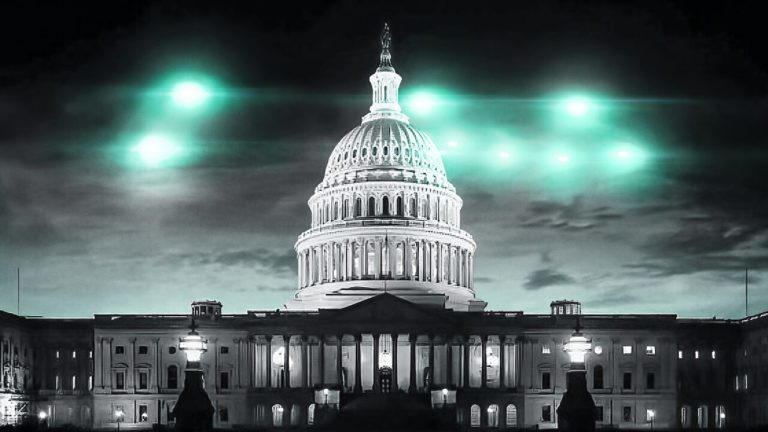 Top Secret UFO Projects Declassified is a newly released docu-series on Netflix. It has a total of 6 episodes with each clocking in between 45 minutes to an hour. The total run time of the show is around 4 and a half hours. The docu-series aims at demystifying the various UFO sightings that have taken place throughout the years.

Though claims of extraterrestrial encounters have long been dismissed, many believe the existence of UFOs is not just likely, but a certainty

Via the Netflix Official Site

The docu-series delves into popular UFO sightings, organizations created to investigate these claims, and the results of their research. While UFO (Unidentified Flying Objects) sightings have become more and more common as the years have gone by, UFOs and Extraterrestrial life is only believed to be a hoax among the scientific community. Of course, this has given rise to several conspiracy theories that claim the existence of UFOs and other objects of unknown origin to not only exist but also that they represent life beyond earth.

Top Secret UFO Projects Declassified begins with the end of World War 2, and the start of the Cold War. A bulk of these UFO sightings are addressed, making references to eyewitness accounts, extraterrestrial objects that were found, and committees and organizations formed by the Government of the United States to investigate these claims.

UFOs and signs of extraterrestrial life have been confined to pop culture and Science Fiction because there is a lack of credible evidence to support these claims. Eyewitness accounts are only so accurate, and photo manipulation has become increasingly easy with today’s technology. Moreover, most “UFO sightings” turn out to be mere paranoia or a false trigger for an explicable natural phenomenon.

Also Read: 5 Best Sci-Fi Dystopias That Will Blow Your Mind

However, some experts disagree. Out of the masses of these claims, there are some that cannot be refuted on these grounds. Some of these sightings are supported by multiple independent eyewitness accounts, base evidence, and no plausible explanation that could prove the sighting to be false. Top Secret UFO Projects Declassified aims to further investigate these claims and the US Government’s strong stance on the lack of evidence.

In fact, the show also acknowledges mentions of extraterrestrial life dating back to the pre-modern era. However, the major bulk of the episodes focus on the US Government and its seemingly top-secret missions that deal with extraterrestrial or paranormal activity.

A major problem with the docu-series is that in the end, it does not feel credible. Even after the facts it presents and the witnesses it mentions, they seem rather weak as arguments when seen from a logical point of view. Usually, with docu-series, the first episode is what needs to be really strong in terms of the evidence presented. Think of the first episode as an opening argument of sorts. The rest of the content strongly depends on the first episode establishing that credibility.

However, episode 1 in itself feels rather weak. It doesn’t feature too many credible experts, and the UFO sightings it talks about sound rather fictitious in nature. The show sounds more conspiracy rather than fact most of the time, relying strongly on the sentiment that the Government is lying to us by keeping files confidential.

Then again, considering the fact that a lot of things that seem impossible to turn out to be true, UFOs may truly exist. Take, for example, the pandemic. If you went back in time and told your pre-pandemic self that the world would essentially stop for over a year because of a bat, you probably wouldn’t believe yourself. So really, although most of the evidence may seem circumstantial, may end up being true.

So, should you watch it? If you are someone who really is interested in the existence of extraterrestrial life, or if topics like Project Blue Book and the Area 51 intrigue you, go for it. Regardless of how convincing the show was, it made for an interesting watch. The narration was classic documentary style and the experts called in did their best trying to explain how they saw certain phenomenons in a different light.

However, something that did irk me was the creative visualizations. They were really well animated, and almost hyper-realistic in nature. While that would be a compliment in most cases, here it isn’t. The makers overlooked mentioning what was a creative vision and what was real footage. A documentary deals with facts, but when the makers themselves try and pass fiction off as fact, it truly is bothersome.

Top Secret UFO Projects Declassified is an interesting watch, but is it believable? That’s for you to decide.