Leisurebyte DISCOVER THE ART OF PUBLISHING
Home Entertainment The Loud House Movie Review: Sweet But Fails To Leave An Impact 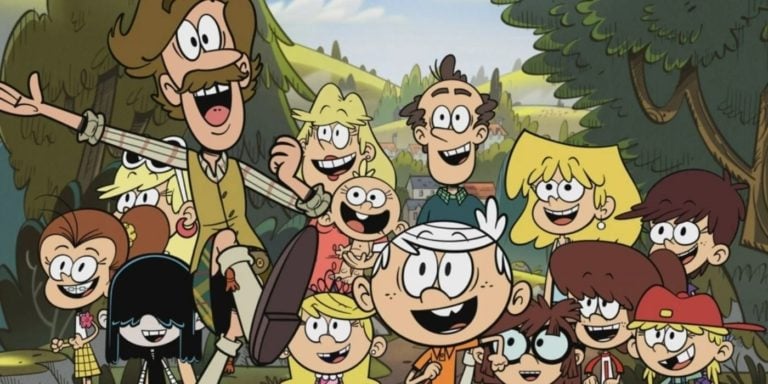 – The Loud House Movie review does not contain spoilers –

The Loud House Movie revolves around the Loud family consisting of bossy eldest child Lori, ditzy fashionista Leni, musician Luna, comedian Luan, athletic Lynn Jr., gloomy poetic goth Lucy, polar opposite twins Lana and Lola, child genius Lisa, and baby Lily But things take a turn when the Louds decide to take a vacation and go to Scotland, their father’s ancestral place. There they discover that they are descendants of Scottish royalty. Thereafter, the Loud family quickly indulges in the most wish-fulfilling high-life ever in their Loud caste with a twist of an evil caretaker Morag!

The Loud House Movie is a simple yet enjoyable movie that tells you it is not always important for an individual to win trophies and medals to be significant sometimes life is more than that. It is about who takes care of you and makes you able enough to reach and achieve your goals. In the film, Lincoln often feels like he is under the shadow of his sisters and is insignificant but that isn’t the case. You might as well find Lincoln’s character a little relatable in some moments!

Also Read: Netflix’s Everything Will Be Fine Review: Outstanding Series on Family Drama

The film is mostly targeted at a younger audience and makes up for a decent family watch. There are good and evil, dragon, and some adorable sibling moments. Even though the Loud House Movie falls under the genre of a musical there aren’t many songs that’ll make you feel like that. While the show strays away from its original series a little bit here, it still manages to keep the movie somehow. Undeniably, there are no exact witty or funny moments here and the plotline is predictable but what stands out to me here is the lesson the film aims to give even though it slightly fails at leaving an impact.

SKIP IT! The Loud House Movie fails to leave an impact on viewers in terms of its message or characters. One will easily forget the movie minutes after watching it, it does not stick with you. It feels as if the film had all the elements but failed to put it together with perfection or good animation!

The Loud House Movie is streaming now on Netflix.