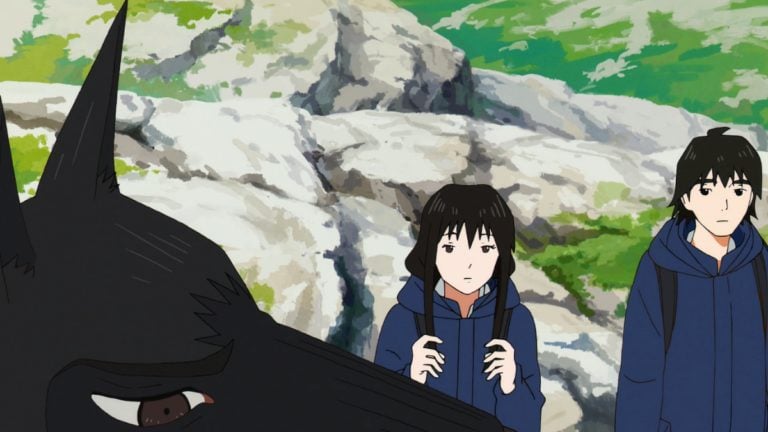 Sonny Boy is truly a unique show. It is so unique that one can’t take their eyes off it, despite not understanding a lot of it. Sonny Boy Episode 8 was no different, and it made for an intense and unnerving watch.

If you would like to refresh your memory about the happenings inside Episode 7, or if you’re new to the series and Episode 7 is the first one you decided to watch, you can check out my review of Episode 7 of Sonny Boy here!

Sonny Boy is a puzzle through and through. Every aspect of it is untraditional and weird, and every decision it makes in its plot is a mystery. It seems to revel in confusion, and the unease it creates seems hellbent on being as twisted as possible. There are never any straight answers, just more questions. Every episode feels like a Haruhi Suzumiya type, as in we are missing some context. In this case, Episode 2 isn’t going to be airing at last. What is gone is gone, and some aspects of the story were just lost with no explanation.

Sonny Boy Episode 8 was a particularly devastating one as we delved into the backstory of Yamabiko the dog and how he came to be a dog in the first place. It was a heartbreaking tale of loneliness and a drive to help others, even at the cost of one’s own life. The suffering and pain that Yamabiko went through were sickening to watch, and it was all very effective storytelling.

The only thing that I minded a tiny bit was that we are no closer to the end after watching Sonny Boy Episode 8 than we were at the start. The story is truly moving along at a snail’s pace if that. If we are to receive a good and satisfactory conclusion, the series will have to quicken up.

Yamabiko is truly a fantastic character that has a lot going for him. He reminds one of Nagara, if he didn’t have a Nozomi to bing him to the ground and not let him go. A lost soul who was rescued and then set free, never to be the same again. The girl he became a dog for was also a great character, for however long we knew her.

Nagara and Mizuho were only present as plot devices to help tell Yamabiko’s story, and Nozomi was there for about a minute in the end. The rest of the cast was absent, which seemed like a stylistic choice to focus Sonny Boy Episode 8 on Yamabiko and his tale of misery. It seemed to work fine, as the black dog is a much more interesting character than most of them combined.

The music in Sonny Boy Episode 8 was exceptional. It conveyed the feeling of the emptiness and hopelessness faced by Yamabiko very well. It was jolly at times, playful at others, and inspired utter existential dread when the show needed it. It was the best soundtrack of this anime so far, and I hope it gets even better in the future.

The animation was also splendid, with a few glorious water coloured frames present in the episode to display the changing worlds and atmosphere. I’m sure this art style will surely not be affected by the ill effects of time, for it is timeless.

Sonny Boy Episode 8 was fantastic, but I wouldn’t recommend watching it alone at night with lights shut off. Not because it was scary, but because it was utterly dreadful and terrifying. You have been warned.

If you liked this review of Sonny Boy episode 8, you would also enjoy our review of the next episode in the series, available right here!