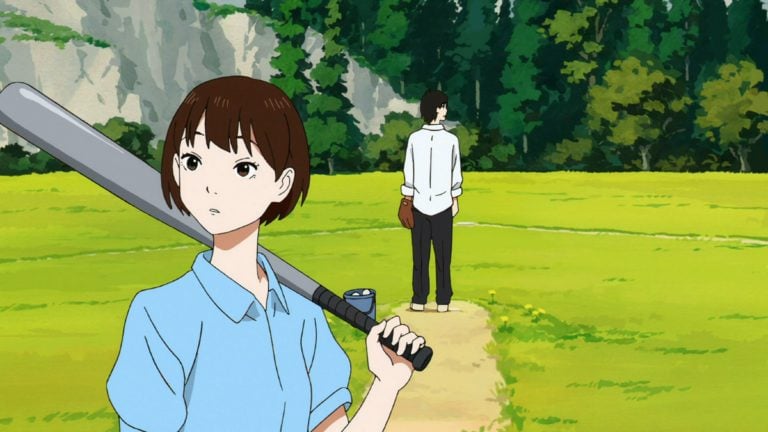 I feel a teensy bit uneasy every time I talk about Sonny Boy, and I feel like this is a compliment to the show. Well, here we go again, to the depths of “This World”. You’re coming with me to Sonny Boy Episode 4, whether you like it or not.

If you would like to refresh your memory about the happenings inside Episode 3, or if you’re new to the series and Episode 4 is the first one you decided to watch, you can check out my review of Episode 3 of Sonny Boy here!

Ah, The Baseball Episode, but with extra added existential crises. Since the beginning, baseball episodes have been a staple in anime, with various popular anime such as Assassination Classroom, Dragon Ball, and Jujutsu Kaisen featuring one. Sometimes, anime which you won’t expect these episodes also have one, such as Samurai Champloo and its baseball episode, which was placed inexplicably right before its finale.

To say that I expected Sonny Boy of all anime this season to do a baseball episode would be a lie, and the shock value carried this episode to be a great one. Sonny Boy Episode 4 deals with our characters playing baseball against each other. Another story is being told in the background about a monkey baseball league, which contains some heavy metaphors and references to the world we live in.

It is very unexpectedly deep at points but still avoids being too “in your face” about it, a quality that I appreciate after the disaster that was Wonder Egg Priority. The world is becoming more and more apparent by the day as more about it is explored. We are still nowhere near the ending, though. All said and done, Sonny Boy Episode 4 had a great plot that didn’t depend on many cliches to work.

I feel like Sonny Boy knows Nagara is a terrible protagonist. I think he is supposed to be one, which is essential to the way the story progresses. He is featureless, depressing, and anti-social, like most kids his age. Once you think about it, Sonny Boy has one of the most realistic portrayals of kids in media. Kids would form a capitalistic society once left to their own devices, and I have no doubts about that fact.

We didn’t learn much about any other characters in this episode, except Ace, who we saw brief glimpses of in the last episodes. He was fleshed out a bit alongside Cap, who hasn’t had much to do since the first episode. There was also a reveal at the end, which was exciting, but I can’t talk about it much since this is a spoiler-free review. Nagara is essential to the children’s escape, but he can’t seem to do it alone. All interesting stuff!

Some beautiful watercolour style pallets in this episode, alongside some lovely understated music. I want to talk about something else that has been bothering me since the first episode. When you have an art style like this one, it is better to have as few characters in the story as possible because this style doesn’t account for many distinct facial features.

When you have a cast as massive as Sonny Boy, this art style hinders you from remembering and recognising all the characters since they all look similar. In fact, the protagonist Nagara is so plain looking that I confused him for Asakaze, another supporting character. If you confuse the best girl, Mizuho, with the worst girl, Pony, there might be something wrong with the art style. They are all even wearing the same uniform! Please give me something, Madhouse!

Sonny Boy Episode 4 was a great one in the series, even though it didn’t progress the story much. It was filled to the brim with the trademark weirdness and the unease of the series, and I loved it for that.

If you enjoyed this review of Sonny Boy Episode 4, you would also enjoy our review of the next episode in the series. Click here to read it!