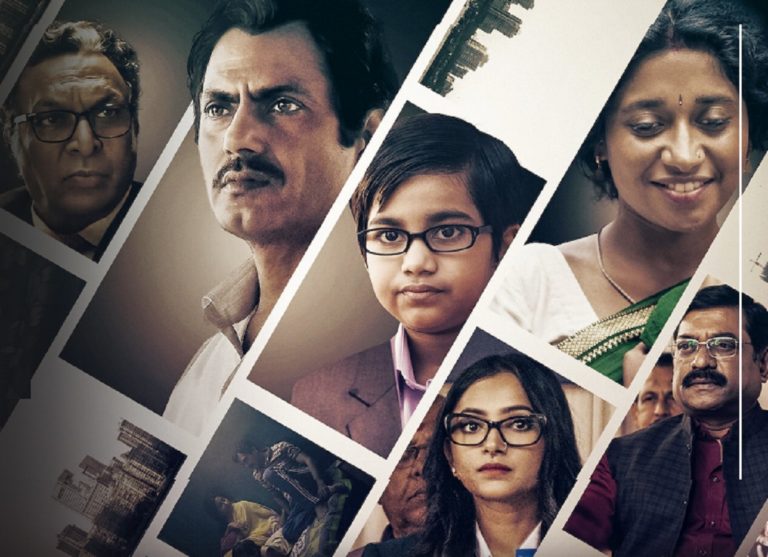 Serious Men premiered on 2nd October 2020 on Netflix. Based on a book with the same title by Manu Joseph, the film is directed by Sudhir Mishra and stars Nawazuddin Siddiqui, Aakshath Das, Indira Tiwari, M. Nassar, Shweta Basu Prasad, Sanjay Narvekar, and Vidhi Chitalia alongside other cast members.

Living in An Oppressive Society and Hoping For A Better Tomorrow

“Reservations cannot be the only compensation to treating fellow human beings like animals for the last 3,000 years.”

Serious Men revolves around the life of Ayyan Mani (Nawazuddin Siddiqui), a Tamilian Dalit, who works as a P.A. for a renowned Brahmin scientist, Arvind Acharya (M. Nassar), in the Institute of Theory and Research in Mumbai. After years of being considered a moron/imbecile and everything possibly belittling, Ayyan decides to not let the same happen to his 10-year-old son, Adi. He decides that no boundaries on the name of the cast will every bind his son and he will have a life worth living. For this, he decides to portray his son as a genius kid who knows a lot more than the kids his age.

But things start falling apart when Ayyan’s perfect lie is on the verge of being exposed and Adi starts experiencing immense stress and trauma under its weight. What follows is a series of events that are both painful and heartwarming in their own ways.

In recent times, Netflix has brought to it viewers various movies that challenge stereotypes like Bulbbul, Raat Akeli Hai, Dolly Kitty Aur Woh Chamakte Sitare, and more. With Serious Men, the OTT platform brings forth a sharp commentary on the cast system and prejudices that ruin an individual internally, leaving emptiness and a wish for better days.

The film’s narrative is both funny and thought-provoking. Somewhere between hilarious yet honest dialogues in the various scenes, the film is a mirror to the society and its functioning, targeting greed which people harbour in themselves to use a child for their growth.

In a scene where Ayyan’s wife complains about tea costing 1200/- bucks in a 5-star hotel, he replies saying that they belong to the second generation ‘2G’ which is a generation that is incapable of having a good time. Their child, Adi, will belong to the third generation ‘3G’ — highly educated and capable of pondering life’s bigger questions, like why some condoms have dots on them.

Their grandchild, the fourth generation ‘4G’, on the other hand, will have nothing to work for and they would live a life of luxury after all the hard work their earlier generation have done. This reply is symbolic of the aspiration Ayyan has for his coming generation and community which seems a bit far off to them but isn’t impossible.

Talking about the performances, Nawazuddin Siddiqui as Ayyan shows the fluidity the actor carries in his acting skills. He brings on-screen both of Ayyan’s dominant and dominated side with equal perfection and doesn’t let his character fall on any curve of the film. He yet again shows his mettle.

M. Nassar as scientist Arvind Acharya brings forth the role of an ambitious but arrogant man who bullies his way through grants for an ongoing project about stratospheric alien microbes which is a far-fetched theory! With a role that isn’t really everywhere in the narrative and a limited character arc, Nassar expertly crafts his character.

Aakshath Das as Adi, Ayyan’s son, brings a wholesome performance and his screenplay is perfect for his role as an innocent child who is just working up to his father’s wishes as a genius. Indira Tiwari as Oja, Ayyan’s wife, has equally suffered at the hands of society and bears the burden of systemic oppression on herself and her family. You see the anger and disappointment bottled inside her and she is flawless in her role.

Each and every character in the film is perfect for their role and adds the weight to the premise without which the story would have been just another Netflix film.

STREAM IT! Serious Men, other than targeting cast-related issues, also throws light on the father-son bond and how a father would do anything to make his son’s future bright and will also stop as soon as he sees it hurting his son. Everything from the chawl setting to the dilemma of the characters is represented in a way that’s engaging and sticks with you. The film is not embedded with multiple fancy soundtracks but rather finds its ground in simpler themes and ideas. The intention of the film is right and up to the mark and gives a subtle voice to Dalit folks who have been facing oppression! IT’S TIME TO SPEAK UP.