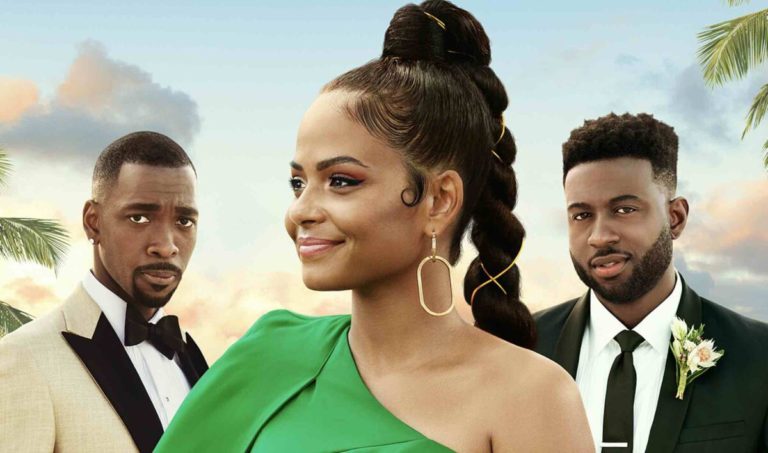 Resort to Love is a 2021 romantic-comedy film that was released on Netflix today. It is directed by Steven Tsuchida and features Christina Milian, Jay Pharoah, and Sinqua Walls among other cast members. It has a total run time of just over an hour and a half.

Resort to Love follows Erica, a rising talent in the city of New York. Her wedding has been called off, and a major gig is lost. While she mopes in her disappointment, an unlikely opportunity presents itself: A job as a singer in a luxury hotel in Mauritius. Although it seems like paradise, and quite literally so, considering the beauty of the small island, the job lands her face to face with her ex and his new bride-to-be.

Reeling from a broken heart and career meltdown, a singer takes a gig at a swanky island resort — where her ex-fiancé happens to be getting married

– Netflix’s Resort to Love Review does not contain spoilers –

Resort to Love follows the classic equation to a successful rom-com: A girl trying to get over her ex, a new beau, and a complicated love triangle. Judging from the trailer, I already expected this to be a good movie to watch when you want something light on the mind.

The plot isn’t overly complicated, the film does justice to its comedy, and has strong female leads. Resort to Love has a short run time, hitting just over a total of 90 minutes, but the pace of the film matches its run time well. You wouldn’t get bored, but then again, you wouldn’t get lost either.

What we really loved was how Resort to Love kept relationships organic. A lot of rom-coms focus on a fairy tale romance, where you already expect the couple to be together towards the end of the film. However, this film avoids all stereotypes associated with this genre. In fact, a few scenes actually incorporate these stereotypes in a comedic capacity. It was a rather fun twist to an otherwise relatively simple script.

Another strong point with Resort to Love was the strong female friendships. Often, rom-coms pit the women against each other, always either competing for the male lead or feeling jealous of each other. Although Erica had reason to do both, she instead keeps her feelings at bay. The product is a warm film based on facts rather than an overdramatisation of them.

Our favourite part? This film was not toxic. Rom-coms are all about passion, but sometimes filmmakers mistake obsession for that passion. The result is an uncomfortable film with problematic characters. Resort to Love was far from that. It featured honest characters with real emotions and character growth. And best of all, the film included so many amazing songs, representing so many different Black artists that are criminally underrated.

However, with everything said and done, Resort to Love was nothing new. It felt like I was rewatching yet another typical rom-com, with better representation and slightly more honest characters.

Resort to Love is a great Friday night watch if you are looking for something chill to start off the weekend with. It is a cutesy rom-com, with a decent enough storyline. While it isn’t a bad watch by any means, Resort to Love is no masterpiece either. It’s a simple film, and it does well within those restraints. Watch if you want a light-hearted rom-com, but if you are looking for something more along the lines of Sleepless In Seattle, well, browse some more.

Resort to Love is streaming on Netflix.