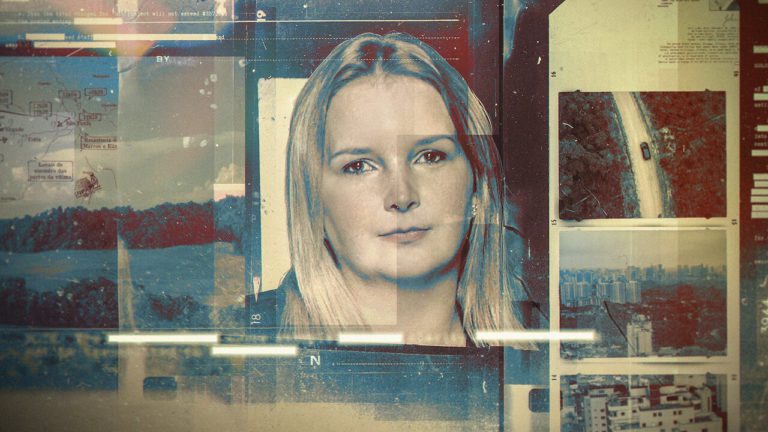 Termed as the ultimate femme fatale in Brazil, the story of Elize Matsunaga is one that was extensively covered by the local media. The case was a high-profile one and managed to grab media attention right from the very beginning when the crime was committed in 2012. Unlike usual true crime docu-dramas, this case, in particular, did not chase a suspect. In fact, after an initial attempt to save herself, Eliza Matsunaga was quick to confess, that she was the one who had killed her husband.

So why exactly was this a landmark case? Well, for one, it involved one of the most powerful families in Brazil at the time. The victim, Markos Matsunaga, was the heir to Yoki, a household name in Brazil. Hitting the billion mark for its net worth, the family who owned it lived their life in luxuries almost unheard of in the developing country.

Elize Matsunaga: Once Upon a Crime covers the story step by step, and attempts to reconstruct the events as best as possible. The filmmakers are skilled at maintaining a tone of focused neutrality while delving deeper into the facts. Almost everyone attached to the case has been given a platform to share their side of the story.

The inspector in charge, the defense attorney, the prosecutor, the forensic expert, and even close friends and family of the victim and the accused were roped in to give their statements. In fact, Elize Matsunaga herself received much of the screentime, so that we could hear the story straight from the horse’s mouth. This is a commendable effort on the part of the filmmakers because it ensures that the audience receives as much information as possible.

The documentary has been divided into four separate episodes and the run time for each one ranging between 45 to 50 minutes. Each episode explores a different layer to the case, and let me tell you, boy was it a complicated one. The version narrated by the state and the one told by Elize herself could not be more different. While one focused on jealousy and money as the prime motive, making the murder into a hate crime, the defence claimed it was a crime of passion.

What I found really well-executed about the crime documentary is that it always kept you guessing. Just when you thought that the accused was done for, a new fact revealed itself in the defence’s favour. It was a constant riot between the state and Elize Matsunaga, with the audience never truly knowing who to believe. The murder was a gruesome one, sure. And yet the circumstances that seem to have led up to the crime, if true, make you feel sorry for the accused as well.

The battle shown in this crime documentary is not the classic “whodunit?”. It isn’t a case of guilty versus not guilty as well. The accused had confessed to the crime, and so it was a simple battle of which version fit the evidence better. Except, it wasn’t as simple as it seemed. The defence does its best to reduce the sentence Elize Matsunaga would have to face had the prosecution been successful in proving that the crime in question was indeed a third-degree homicide. On the other hand, if Elize’s narrative is to be believed, her reduced sentence would range anywhere from 6 to 12 years instead of the 30 she was facing at the moment.

Final Verdict: Elize Matsunaga: Once upon A Crime

Elize Matsunaga: Once upon A Crime explores a range of different social issues while presenting the facts they have in the most neutral way possible. The series confronts the fact that the reason the case was so widely publicized was because of the big names attached.

Markos Matsunaga was an heir to a billion-dollar company. Had the victim been less fortunate, or of a different race, the case would never have gotten the intensity of media attention it did. On the other hand, a lot of the comments made in court were sexist, to say the least. Many of the claims made by the prosecution were in fact, misogynistic in nature. This crime documentary does a lot not just by exploring one case in particular but approaching the loopholes in judiciaries all across the world. An interesting watch for all True Crime lovers out there.

Stream it here on Netflix.

Also Read: The Simpsons: The Good The Bart and The Loki Review: Just For Fun