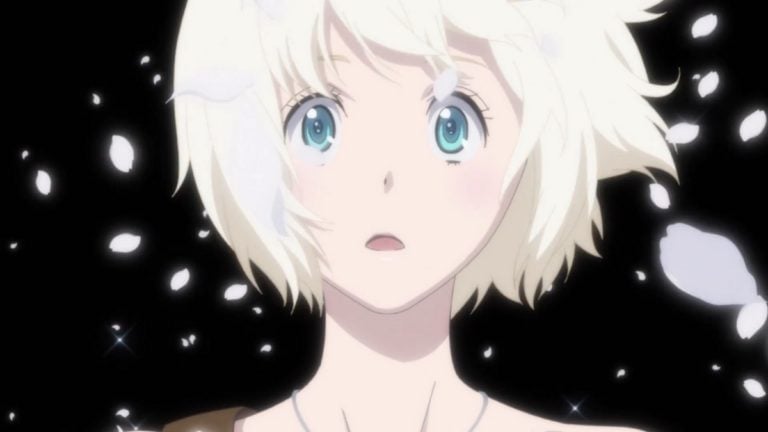 There is something sinister about in the air. Fena Pirate Princess Episode 5 did not end the way anyone expected it to. There is treachery, mystery, and a chase afoot. Let’s get to it!

Fena: Pirate Princess is an action-adventure series that is developed by Production IG. Production IG is a studio that is very well known for developing instant classics such as Attack on Titan, Haikyuu, and Vinland Saga. It is an original anime, so it isn’t adapted from or inspired by any manga or light novel. The series is created and directed by Kazuto Nakazawa, previously known for directing episodes in anime like Samurai Champloo and B: The Beginning.

This episode is known as Kaizoku Oujo Episode 5 in original Japanese. If you missed our review of the previous episode in this series, click here to read it!

It seems like the pirate world only has two stories to tell, one involving cursed treasure and the other involving El Dorado. That is not to disparage any media that chooses to tell these stories, but it would just have been great to have some variety with one of them, you know? One Piece fans, I don’t care about your “One Piece” or your Devil’s Vegetables. Please don’t come at me with your 1000 episode behemoth. No one needs that much time to tell a story, be realistic.

Fena Pirate Princess Episode 5 has already taken us to the end of the first mystery of the show, which happened quite quickly, as you might imagine. The reason the island owner sent Fena’s merry gang of pirates searching for the stone’s origin has become apparent now. Also apparent now is the interest in Fena by multiple parties, although why Fena is that useful to them remains to be ascertained.

There has been a development that doesn’t seem earned at this point in the story. The group has already started trusting Fena to make huge decisions, despite being against it literally one episode ago and Fena not doing much to prove herself in the time between. It is so vital to the plot of this episode that this detail can’t be overlooked and is a flaw in the logic of Fena Pirate Princess Episode 5.

The plot of Fena Pirate Princess Episode 5 was intriguing and mystifying in just the right ways. Even though we are headed in a familiar direction, the journey seems to be a lot of fun based on what we have seen so far. The pieces are set, the story is clear, and we are on our way to an experience worth ages.

One underrated aspect of anime writing people seem to overlook is the dialogue. Most of that is due to western fans not knowing the original language the dialogue was written in, Japanese. In cases such as Fena: Pirate Princess, the snappy and well-flowing dialogue feels obvious to even the most unknowing of people. The dialogue is fantastic, and it helps the characters when we see talking like normal human beings and not robots reading script.

The characters in Fena Pirate Princess Episode 5 are written well and are true to their personalities established in previous episodes. Their chemistry is such that every time someone in the group interacts with one another, there is either an interesting conversation, a very funny scene, or both. They are all different enough, except the twins, that the crew really feels alive when they are all in one place.

The animation in Fena Pirate Princess Episode 5 flows almost dreamily in some instances. It is very crisp, and the colours mesh perfectly with the dark scenes. The show is bright and dark in just the right places, and the lighting is impeccable in every scene. Some transitions work so well that you almost forget even to notice them.

The opening to Fena: Pirate Princess Episode 5 is the most criminally overlooked opening in the entire Summer 2021 season. The vocals, the lyrics (in the English version), and the backing track are all outstanding and worth a listen or a hundred. The OSTs in the episode were also great, and this show is just a treat to your senses on all fronts.

While not without some tiny flaws, Fena Pirate Princess Episode 5 was still a phenomenal episode that is heads and shoulders ahead of most other anime running right now. If pirates, adventure, and general fun are what you love, give this a shot.

if you liked this review of Fena Pirate Princess Episode 5, you will also enjoy our review of the next episode in the series, available right here!