Leisurebyte DISCOVER THE ART OF PUBLISHING
Home Anime Battle Game in 5 Seconds Episode 3 Review: Am I Even Watching the Same Show? 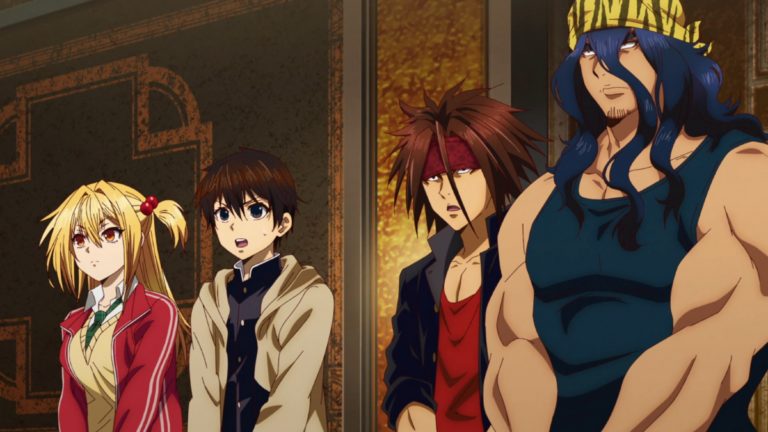 Battle Game in 5 Seconds is a Death Game style anime produced by Shogakukan-Shueisha Productions in collaboration with Studio A-CAT. Shogakukan-Shueisha Productions is known for producing several well-known anime series of the past, such as Monster and Pokemon, to name a few. On the other hand, Studio A-CAT is mostly an unproven commodity whose prior outputs have all been on the receiving end of criticism. The series is based upon a web manga written by Saizou Harawata.

The series is known by multiple names, some of them being- Battle in 5 Seconds After Meeting, Dea5, and Deatte 5-byou de Battle in original Japanese.

How easy is it for you to admit that you were wrong about something? Are you able to do so freely while admitting your faults, or do you stand your ground and prefer to die on that hill? I ask you this because Battle Game in 5 Seconds has led me into making this decision for myself. Do I admit that I was wrong for calling a bad show from the start, or do I stand my ground and say that this supposed renaissance is a short-time thing and that the show is still bad?

One thing that I, absolutely with a good conscience, can’t say is that Battle Game in 5 Seconds Episode 3 was bad because it absolutely was not bad. It wasn’t even okay or decent. It was a full 30 minutes of fun, enjoyable, and gripping anime experience. So Episode 2 wasn’t a coincidence; A-CAT is capable of constructing a fantastic narrative with compelling characters. Those characters might still be one-note, but it at least looks like they are making an effort.

Akira, Yuuri, and others’ interaction while preparing for the team battle was fun to watch. Still, the best things about this episode were definitely the battles, which are now interesting again. With the introduction of a psychopathic character Rin, there is now a credible threat to the still cumbersome protagonist, alongside another fun side character called Tatara. The abilities are fascinating once I learned more about them, and the show explores Akira’s uniqueness well.

The best thing this episode’s plot and battles did was make me excited to watch the next episode in the anime, which it hadn’t been able to do before this point. I guess I was wrong about my predictions about this show, although the first episode is still bad.

Notice the change in the sub-title name, from “Art and Music” to “Art and Sound”. That’s because what I want to discuss doesn’t fit in the music category, but both it and music fit in the sound category. That thing is the voice acting. Since it isn’t the 1990s anymore, we have grown accustomed to having great voice acting in our anime. That, sadly, isn’t the case for Battle Game in 5 Seconds.

If the show intended to make me wince every time the character Mion speaks, it has done its job very well. Her voice actress, Mayumi Shintani, has done some great work in the past. But it seems like the direction she received for Mion is borderline criminal. If Mion weren’t crucial to the plot, I would honestly skip entire sections of the anime to get rid of her.

The rest of the voice cast is unremarkable, if harmless, and the show’s animation still looks dated. No changes there.

Battle Game in 5 Seconds Episode 3 doesn’t seem like it belongs to the same anime as Episode 1, and that is the highest compliment I can give to it. The show picks up the pace and gets interesting to the point where I will eagerly await the next episode. Keep it up, people. You’re doing great.