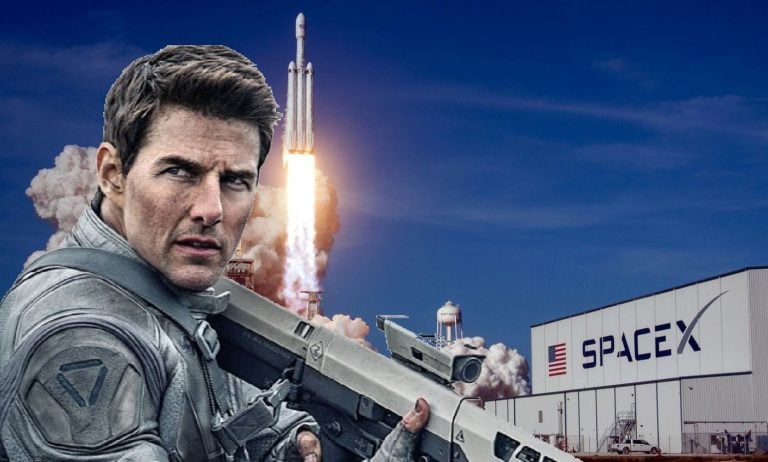 Tom Cruise’s Ethan Hunt skills are coming quite handy to the actor during the quarantine. The Mission: Impossible character has spent so much time evading the authorities that it seems like even Cruise has got quite the hang of it.

Cruise, in order to reach the UK before the new quarantine restrictions took effect, took an 11-hour flight. The new restrictions talk about a 14-day isolation rule that the government put into place. Thus, the actor is now free to shoot for the film, after he landed at Biggin Hill airport just outside of London.

Cruise and his entourage are supposed to go back on set at an abandoned RAF base in rural Oxfordshire.

“It’s no accident Tom arrived on Sunday night — they didn’t want their leading man locked away on his own for 14 days. There have already been so many delays to the film and everyone is keen to get it up and running at the first possible second — so slipping in before the quarantine rules came in on Monday made sense,” said a source close to the film.

After touching down, Cruise rushed off by car to a rented pad in the capital. He is supposed to use a helicopter to travel back and forth from the set during filming breaks.

The seventh instalment of the Mission: Impossible franchise was probably one of the first films to be hit by the effects of the coronavirus – its Venice set was shut down by the Italian government.

The people behind the movie had created a makeshift village in order to keep the cast the crew safe from the coronavirus. This includes stars such as Simon Pegg and Rebecca Ferguson. The cast and crew will all be working and staying together in order to not expose themselves to the virus.

Cruise is apparently a fan of filming in London. Just last he was there to work on the follow-up to the classic action movie Top Gun. A source added: “If Tom has to stay in Britain a bit longer, that won’t bother him at all. He knows it well and has plenty of friends here. His priority at the moment is getting this film made.”

The latest Mission: Impossible film is the first of two sequels to come out. Director Christopher McQuarrie will be overseeing both the projects. Although it was initially slated for a July 23, 2021 release, the movie will now release on November 19, 2021.