Leisurebyte DISCOVER THE ART OF PUBLISHING
Home Anime The Great Jahy Will Not Be Defeated Episode 6 Review: The Great Jahy Doesn’t Seem To Stand A Chance 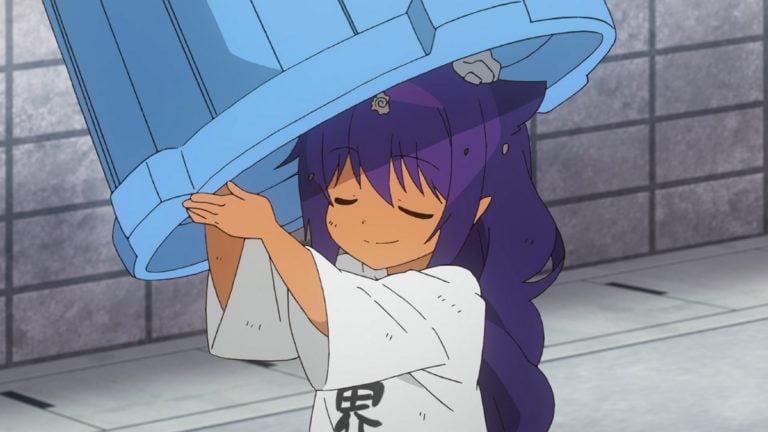 Quick, Jahy, get away from that magical girl! You need to be careful, or she might infect you with her overused tropes and long transformation sequences! The Great Jahy Will Not Be Defeated Episode 6 is here to spread some more joy during a time that we need it. Let’s see how it did in this one! This episode is also known in original Japanese as Jahy-Sama Wa Kujikenai Episode 6.

The Great Jahy Will Not Be Defeated Episode 6 Overview

The Great Jahy Will Not Be Defeated is a comedy, supernatural, and slice-of-life anime developed by Silver Link Studios, previously known for anime such as Our Last Crusade or the Rise of a New World and Kokoro Connect. Mirai Minato is directing it, who has previously directed various other anime for Silver Link Studios, including the aforementioned Our Last Crusade and Masamune-Kun’s Revenge.

If you think this anime’s concept sounds interesting, and you’d like to read my reviews of it, check out my review of Jahy-Sama Will Not Be Defeated Episode 5. I even keep stuff spoiler-free, so you can click on that link without any fear of getting spoiled!

Every character in The Great Jahy Will Not Be Defeated has a fantastic dynamic with Jahy. Her boss wants the best for Jahy while getting her to work for herself and helping her out in any way she can. The Landlady has a tough exterior but cares deeply about Jahy, however much the duo fight amongst each other.

Druj and Saurva both think more of Jahy than she is, due to respect and fear, respectively. This leads to various shenanigans here Jahy escapes while keeping their dynamics intact. The newest character, the magical girl, is the only one Jahy hates because she destroyed her previous home. It seems like the series will now feature a cat and mouse game between these two, which is completely fine by me.

The magical girl’s schtick of misfortune is very clever and is something that was hinted at from the start of the series. The gags have been hilarious so far, with her getting arrested in the previous episode and something even worse in the latest episode. The series has a very refreshing take on morality- if you do good, you’ll have good done towards you. One would think that this isn’t such a groundbreaking premise, but one would be surprised at how uncommon this is.

This episode was hilarious, to say the least. Every one of the series’ gags worked spectacularly, and the regular interactions between the characters were also very well done. The biggest news coming out of this episode is that Jahy wears crocs and a trashcan on her head, and I’m not sure which is worse. She is also deathly afraid of the magical girl, and who can blame her? She has probably seen Madoka Magika and knows what lurks underneath.

Jahy’s bonding session with the landlord was also very sweet, and her boss couldn’t resist recording it on her phone. While some might see this episode as a regression in Jahy’s progress, I see it as a necessary one to establish a credible enemy to Jahy’s mission. I’m sure Jahy will be able to recover what she lost and then some. I didn’t feel as bad about Jahy in this episode compared to the previous episodes because she did bring it on herself. Overall, the plot worked fairly well.

The voice actress of Jahy, Naomi Ohzora, has a lot of range and capacity to play such a demanding role. Jahy is screaming 50% of the time she’s on the screen, and it doesn’t get grating for even a moment due to the care put in her voice by the voice actress and the sound director.

The Great Jahy Will Not Be Defeated Episode 6 also displayed the great visual comedy that we have come to expect of the show and enhanced some scenes that definitely wouldn’t have been as funny without the visuals to go along with it. Also, the opening song is very catchy and an earworm. You need to stop skipping this opening if you are one of those people who skip openings.

The Great Jahy Will Not Be Defeated Episode 6 was hilarious and didn’t drag for a second. The episode was more low-key than all the previous episodes, which was probably by design. You need to start watching this if you have access to Crunchyroll.

If you liked this review of The Great Jahy Will Not Be Defeated Episode 6, you will also enjoy our review of the next episode in the series, available right here!