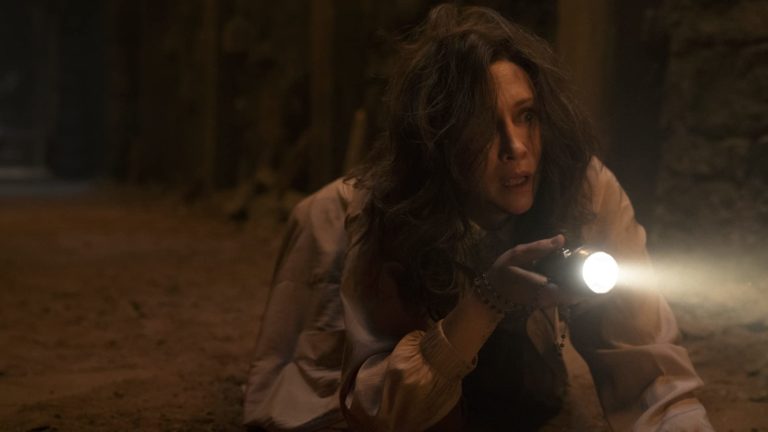 Cinematic universes are a thing right now, and if you think horror fans won’t get one for themselves, well, James Wan is here to prove you wrong. Lo and behold the Conjuring Universe, on a roll with its upcoming release The Conjuring 3 or The Conjuring: The Devil Made Me Do It. The Conjuring 3 trailer was all kinds of spooky. However, are The Conjuring 3 real story as spooky as the movie makes it out to be? Let us take you through the case. Additionally, if you’re curious about where this movie features in the overall universe, we’ll break it down for you as well.

The Devil Made Me Do It reveals a chilling story of terror, murder and unknown evil that shocked even experienced real-life paranormal investigators Ed and Lorraine Warren. One of the most sensational cases from their files, it starts with a fight for the soul of a young boy, then takes them beyond anything they’d ever seen before, to mark the first time in U.S. history that a murder suspect would claim demonic possession as a defense.

The Conjuring 3 real story takes us to 1981 Brookfield, Connecticut, where the now-infamous Arne Cheyenne Johnson murder case takes place. Johnson was convicted of first-degree manslaughter on November 24, 1981, but the defendants claimed that Johnson committed the crime as a result of demonic possession and thus, had no personal responsibility for the crime. The case came to be known as the “Devil Made Me Do It” case.

The Glatzel family’s testimony, which we get to see a little bit in the featurette, talks about how 11-year-old David Glatzel had become host to a demon. However, after exhausting all options, the family decided to enlist demonologists Ed and Lorraine Warren to help David. The Conjuring 3 real story only gets scarier from there. The Warrens and multiple priests petitioned the Church to give permission for an exorcism. However, once that got over several days later, the demon left David to possess Arne.

And The Conjuring 3 real story has its beginning in a new and possessed home in which the Glatzels moved in. David was terrorised by the malevolent presence of an old man who promised to hurt the little child and his family if they moved in. No one, of course, believed him. He started to get night terrors, mysterious scratches appeared all over his body and started exhibiting strange behaviour.

The family asked a priest to bless the house, but when David’s behaviour worsened, the Warrens came into The Conjuring 3 real story. Apart from hissing, growling and speaking in otherworldly voices, David could also demonstrate the ability of precognition. As the Warrens witnessed the horrible progression of events, Arne coerced one of the demons inside David to possess him instead. The demon haunted him for days, after which he visited the well behind the rental property from which it all started and that’s when he was fully possessed.

Later on, Johnson, too, started behaving similar to David which prompted Debbie to realise that he might be possessed as well. He would enter a trance-like state where he would hiss and grown but wouldn’t have any recollection of it later. It is during this time, on February 16, 1981, that a spat between Arne and his landlord Alan Bono resulted in him stabbing the latter multiple times.

The Conjuring 3 true story, i.e., the Arne Cheyenne Johnson trial was the first case in American history where demonic possession was cited as the primary defense by the defendants. However, the judge wasn’t convinced and said that this could never be proven and thus, cannot be included in a court of law. Johnson was convinced of murdering Bono but served only 5 years of his 10- to 20-year sentence.

So, are you excited to watch how The Conjuring 3 real story will transpire on-screen? well, the movie comes out on June 4 in theatres and on HBO Max.

Also Read: The Conjuring 3 Trailer And Featurettes Will Make Every Horror Movie Fan Excited For The Threequel | Netflix’s The Mystic River Review: All Very Misty

Released in 2018, The Nun takes place in 1952 and, thus, is the first movie in The Conjuring chronological order. Directed by Corin Hardy, The Nun followed Father Burke and Irene on a mission in a Romanian monastery. The movie follows the history of the demon Valak.

Focusing on how the Annabelle doll became what it is today, 2017’s Annabelle: Creation takes place in 1955. When dollmaker Samuel Mullins takes in a group of orphans, no one was ready for what Janice, one of the orphans, would release. David Sanberg directed this movie and it is a prequel to Annabelle.

2014’s Annabelle is set 12 years after Creation (1967) and follows what happened to the doll after the previous film. When a heavily pregnant Mia receives Annabelle from her husband, she had no idea the horrors that it would bring into her life. However, as we know, running from Annabelle isn’t an easy task.

Released in 2013, the fourth film in The Conjuring chronological order follows Ed and Lorraine as they try to help the Perron family in 1971. James Wan directed this smash-hit that catapulted the series to where it is today.

As Ed and Lorraine take Annabelle from the two nurses in The Conjuring, they are made aware of its supernatural powers. A year later (1972) and in the safety of the Warrens’ home, tragedy befalls when Judy and her friends try to tackle more than they can handle. Gary Dauberman directed this 2019 entry.

The sixth movie in The Conjuring chronological order, and introduces Valak, if you watch the movie in the order in which they came out. The 2016 movie follows Ed and Lorraine as they travel to Enfield, London, in 1977 and try to help Peggy Hodgson and her daughter come out of a demonic possession. This movie sees the return of James Wan in the director’s chair.

The Conjuring: The Devil Made Me Do It

The latest of the franchise and the last entry in The Conjuring chronological order (till now), the movie is directed by Michael Chaves. The Conjuring 3 real story sets it in 1981.

Additionally, 2019’s The Curse of La Llorona, taking place in 1973 in The Conjuring chronological order, falls somewhere between Annabelle Comes Home and The Conjuring 2. However, personally I never understood why or how it ties in to the entire thing and was also an insufferable watch, so I’ll just keep it out of it.

Did you like The Conjuring 3 real story and follow The Conjuring chronological order? Are you excited about the new release? Tell us in the comments below and also which one is your favourite of the lot.