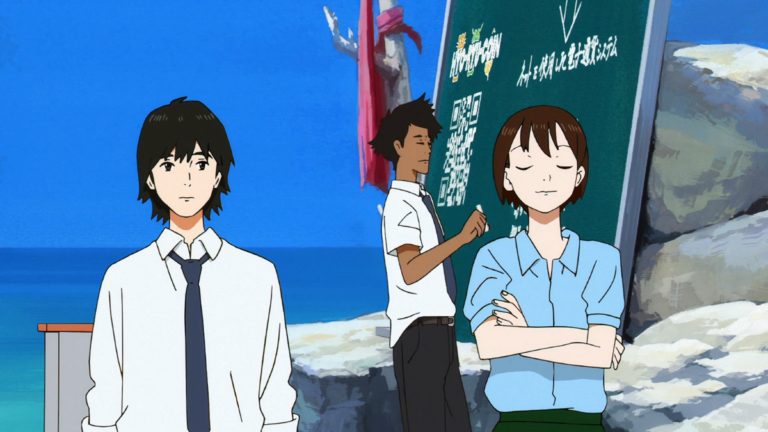 Sonny Boy managed to surprise and unnerve the viewers in its first episode. In this review of Sonny Boy Episode 2, let’s find out if the anime that has been in the back of everyone’s mind since before the season began managed to sustain the momentum.

If you would like to refresh your memory about the happenings inside Episode 1, or if you’re new to the series and Episode 2 is the first one you decided to watch, you can check out my review of Episode 1 of Sonny Boy here!

“Empty classrooms, boring days. It was supposed to be a normal summer vacation just like any other. Suddenly, the school begins to drift through another dimension, and 36 boys and girls are left there, awakening to their supernatural abilities. Amidst the whirlpool of questions that come to mind one after another, survival in a supernatural world begins.” – MAL News

Sonny Boy Episode 2 continues after an unspecified amount of time has passed since the first episode’s events. The children have already started to figure out the mechanics of the weird world they’re stuck in, and a complex social hierarchy is rearing its ugly head. The Lord of the Flies inspiration is still obvious, as that seems to be the kind of direction Director Shingo Natsume is taking this anime.

The episode is a little convoluted, with some flashbacks interspersed with current events. However, those scenes don’t look any different from each other, causing some confusion. There was also a large amount of infodump in this episode, almost too much. Still, the off-putting vibe the show gives out is still omnipresent, making every moment that it is on a little bit more uncomfortable.

All the events inside this episode gave off a larger than present vibe like they were about to have significance throughout the entire season. That isn’t a bad thing by any means, but they did cause this episode to feel cluttered.

Sonny Boy Episode 2 shifted the episode’s focus from Nagara and Nozomi to Mizuho, another main character who didn’t get to shine much in Episode 1. Right from the start, she is a much better character than Nagara because she at least has a personality.

Her arc involved her feuding with the student council and overcoming odds that were caused due to her outspoken nature. I really enjoyed her character’s determination and self-preservation, yet still the desire to help others with her power. She makes for a good contrast to the emotionless Nagara and the mysterious Nozomi.

Sonny Boy Episode 2 introduced a few more characters, most notably Rajdhani, the typical studious Indian (what kind of a name is that anyway? Have you ever met an Indian with that name? I sure haven’t) who helps the main trio out. He’s fine until he regresses into stereotypes in the later episodes, I guess. Also, Hoshi is up to something. I’ll continue saying this until I’ve made my point. That person is trouble!

The art is just as weird and wonky as ever, leading to hilarious moments in the second half of the episode. It does cause many visual gags that one might miss in their first watch, although it is inconsistent with the show’s tone so far. Music was also back in this episode, confirming my suspicion that the no music thing was a one-off.

What little music we still got was great, though. I can’t wait to hear more of it if Madhouse lets me.

Sonny Boy Episode 2 was consistent in tone and quality with the first episode and succeeded in building intrigue for the universe. I will, however, appreciate a less convoluted plot in the next outing.