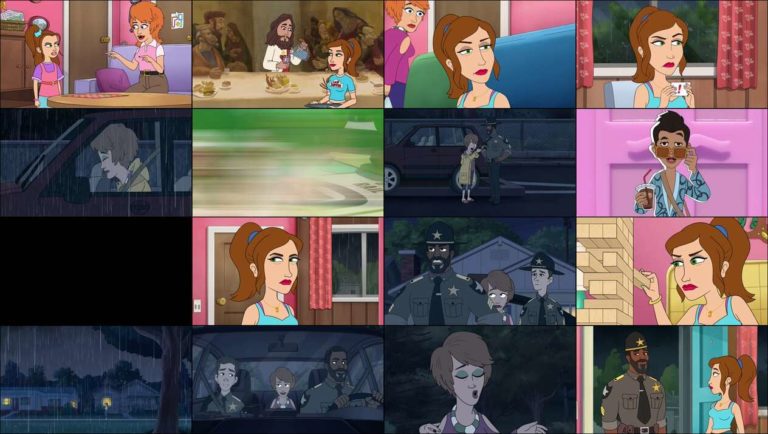 Bless The Harts Episode 20 Spoilers Ahead

When You Lose, You Win

Bless The Harts Episode 20 is probably one of the most enjoyable and emotional episodes of the season for me. Again, there are two plots in the episode out of which the first plot featuring Jenny, Betty, David, and Violet covers the major part of the episode. The second plot takes into account Betty and her endeavours.

Jenny is a fanatic when it comes to board games, she cannot even hold the thought of losing a game but when David joins the Harts on the game night of which the idea he gave by mistake leaving both Violet and Wayne terrified. Jenny is all up for games and no losing. While Wayne and Violet keep up with Jenny’s misconception about how she is the best or as she says “The Quain”, David is not up for it as she himself is a fan of board games.

The board game shenanigan continues as Wayne and Violet bend rules on every step to make Jenny win and David drops truth bombs. On the other hand, Betty who knows Jenny’s fanatic behaviour leaves the house as soon as the game night begins and ends up in trouble leading her to gradually go out with the inspector who was on duty! What love! As the episode continues we follow both these parallel plots as the Harts go about their lives in Greenpoint with a little drama!

The reason why Betty never called out Jenny on her game habit was that, at the age of 8, Jenny lost her father. And losing a game after that would have added more to everything. Betty says “I never told you about it because you had lost enough for a lifetime.” And it is one of the most heartwarming Betty-Jenny moment as it shows what it is for a single mother and a young daughter to lose someone so dear.

Additionally, I absolutely loved it when they took the character of the show into the board game as if it was something real. It was fun to watch and most importantly the entire episode had enough laugh spots and emotions to keep you engaged. While I would still love to know if anything grows between Betty and the inspector because they looked adorable together, Bless The Harts Episode 20 offers you a good time with emotions and a hint of reality!

STREAM IT! Bless The Harts Episode 20 is a good watch and is one of the best episodes in this season. Though, the series has still not revealed Brenda’s husband (still waiting!), overall, the progress of the storyline is beautiful, funny, and interesting enough to keep you hooked.

Bless The Harts season 2 is now streaming on Disney+ Hotstar.

Read all the other Bless the Harts episodic recaps here, or all of our other reviews here.