Leisurebyte DISCOVER THE ART OF PUBLISHING
Home Entertainment Netflix’s You Are My Spring Episode 10 Recap: Balancing It Out 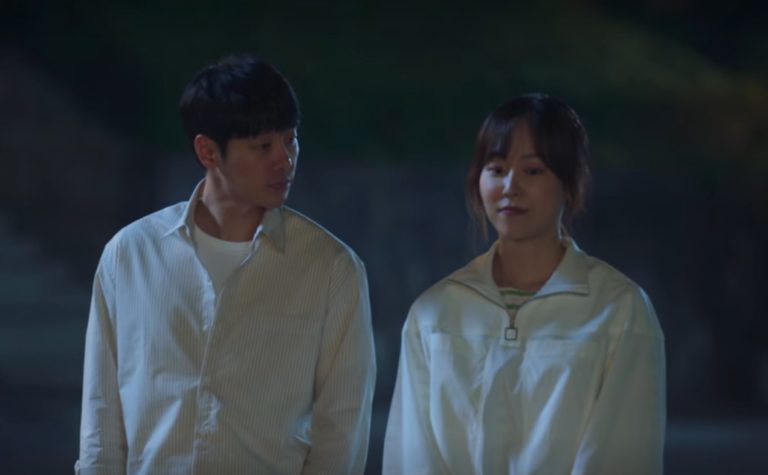 You Are My Spring or Neoneun Naeui Bom is a South Korean TV series directed by Jung Ji-hyun and starring Seo Hyun-jin, Kim Dong-wook, Yoon Park and Nam Gyu-ri. You Are My Spring Episode 10 runs for 67 minutes.

The official Netflix synopsis for You Are My Spring reads:

A hotel concierge and a psychiatrist with traumatic childhoods form a heartfelt bond when they become entangled in a perplexing local murder case.

– You Are My Spring episode 10 recap contains spoilers –

You Are My Spring episode 10 recap

Welcome to the first scene of You Are My Spring episode 10 where you get to relive Young-do and Da-jeong kissing each other. And let me just say that we are blessed. Anyway, when that is over, he starts to awkwardly ask her about her business trip. When Da-jeong tells him that she needs to go to bed, Young-do takes it as her inviting him too. Unfortunately, that’s not the case. His face is hilarious as he stands in front of her door and realises his error.

There are some cute and flirty messages exchanged between the two when Da-jeong goes on her business trip. Both are continuously smiling – much to the confusion of everyone around them!

Meanwhile, Ko and his team investigate the lead that they got in the last episode in You Are My Spring episode 10. They decide to go through every area they can think of strategically, and Ko advises his fellow detectives to not just look for homeless people since the perpetrator is known to change appearances.

Also Read: Netflix’s You Are My Spring Episode 9 Recap: Kiss and Tell!

Later on, in You Are My Spring episode 10, Da-jeong and Young-do are excited to meet each other and make plans to go out on a date. He also leaves a gift for her, a thank you gift for the shirt. It’s a beautiful pendant, and Da-jeong looks happy having received it. However, their date goes down the drain when Ga-yeong and Eun-ha come over uninvited.

When they invite her to go camping with them, she is unable to say no to them and neither is she able to tell them about her plans with Young-do. Poor Young-do is asked to go away, but he chooses to tag along with them on their camping trip. Da-jeong is ecstatic and so is Young-do. They’re like teenagers trying to continue a relationship away from prying eyes!

The camping ground is absolutely beautiful, all set up by Ha-neul. Unfortunately for them, though, there is one uninvited guest. They play a variety of insane games and although they’re irritated at first, it all becomes very fun later on. As everyone stays back at the campground, Da-jeong and Young-do go for a walk and talk about their childhood and their relationship in You Are My Spring episode 10.

At one point during the walk, in You Are My Spring episode 10, the two start to dance and it’s so cute! Anyway, the next day, Chase is heartbroken when he receives a text from Da-jeong which says that she won’t be able to reciprocate his feelings. However, he comes to Da-jeong’s rescue when a man with a knife creates a ruckus in the hotel lobby and terrorizes Da-jeong. The way he holds the blade without a care in the world shocks her as well as us.

As she’s trying to help him bandage his injured hand, he asks her whether she’s still afraid of him. He boxes her in, but she tries to stand up against him. However, he says something related to their shared past, from Nanum Jeil Church, that leaves her speechless.

Meanwhile, Ko finds the homeless man in You Are My Spring episode 10 who does not look homeless this time. He tries to intimidate him and asks him whether he knows Chae Jun, or Choi Jeong-min, but he refuses to answer them. However, when his attorney comes over, they have no option but to let him go.

When the man comes back home, he sees his home trashed. The lawyer asks him to stay at home and then a few men beat the shit out of him. Chase, on the other hand, meets the vice-chairwoman and they talk about doing favours for each other. It seems like she has something to do with this mystery killer, unfortunately, but their discussion is quite interesting. I love the dead-pan face they both make while talking to each other.

Anyway, Kang Tae-jung gets a letter of succession regarding his father while Da-jeong is invited to dinner by Young-do. She’s visibly excited about it in You Are My Spring episode 10 but bored while waiting to reach home. She suddenly feels a tap on her shoulder and is shocked to find Young-do there. These two are so goofy I love it!

Later on, as Chase comes back to his hotel, he takes a drink. However, as he takes a sip, he feels sick. Unable to stay awake, he calls Hyeon-ju before fainting. When he wakes up, he finds Noh Hyeon-ju’s dead body lying beside him and his phone going off the hook. He sits there, dazed, as the screen cuts to black.

You Are My Spring episode 10 proves to be a very balanced and exciting episode and I am happy that the series shows promise in picking up the pace again. With Chase making more of an impact in the series other than looking menacing and hitting on Da-jeong, I am sure there’s going to be a lot to uncover in the future episodes. Also, Young-do being cute is a blessing that should never end.

You Are My Spring is streaming on Netflix.