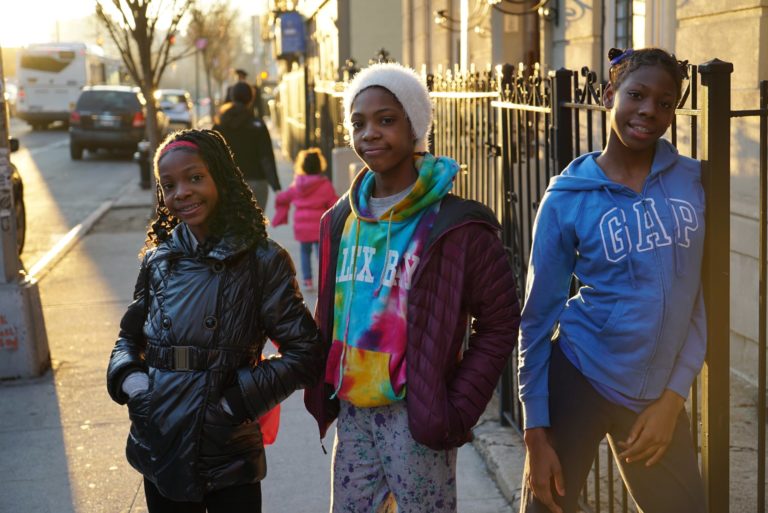 Corinne van der Borch and Tone Grøttjord-Glenne’s directorial sports documentary Sisters on Track is currently streaming on Netflix and it runs for 1 hour and 37 minutes. It is about 3 athletic sisters who train themselves to run at the Olympics.

The story about these sisters and their life is very inspiring, heart-warming, and refreshing at the same time. Netflix has raised its documentary game with the different genres of great documentaries that it has been releasing. Sisters on Track is based on three sisters’ life journeys – Tai, Rainn, and Brooke Sheppard, and their single mother Tonia.

After watching this documentary, it made me realise that we should never stop dreaming, no matter what happens. Tonia used to live with her three daughters and son at a homeless shelter till Tyler Perry rescued them and put them in a well-furnished apartment. Why? Because those three naturally talented athletic sisters survived a marathon and grabbed many eyeballs. Since then, the directors have been filming the Sheppard sisters for four years. This is the reason why the film lacks the initial stage of these sisters’ lives. Nobody knew about them much but I am sure that with this documentary, people all over the world will know about their talents and resilience.

When the makers of Sisters on Track started filming, Brooke was only 9 years old and even if she could run, her true dream was to become an artist. At one point Brooke says, “In the future, I hope Rainn breaks five track records. I hope Tai will be like the next Beyonce and I want to be an artist. And Track runner, both.” This part really made me feel the sisterhood they have. Among the three wonderful young girls, Tai is the oldest and fastest for now. The Sheppards lost their boy before even filming started, at a party. So their mom Tonia worked double shifts to make a living for her daughters.

Sisters on Track also introduces us to Jean. Jean is their trainer, mentor, and sort of another mother who takes care of them and keeps them on track to save them from the bad world. Jean started the Jeuness Track Club back in 1985 to help the disadvantaged girls who are out there in society unable to find a way to chase their dreams.

So should you stream Sisters on Track?

Yes, absolutely. Sisters on Track deserves your time because it talks about a Black family who stands by their dreams, chases and achieves them, and never says no. This documentary teaches us a lot of things even though there are a few faulty grounds. Even though it’s known that the makers filmed them after getting into that lavish apartment but I felt it was necessary to show how they get there. How was their previous life?

There are running marathon clips and well, I think the directors deserve a bit of credit to combine their lives into an hour-long documentary movie of those four years. The documentary shows a beautiful bond between the sisters. They fight with each other but never stop caring for each other. Documentary lovers, go give Sisters on Track a watch.

Sisters on Track is currently streaming on Netflix.