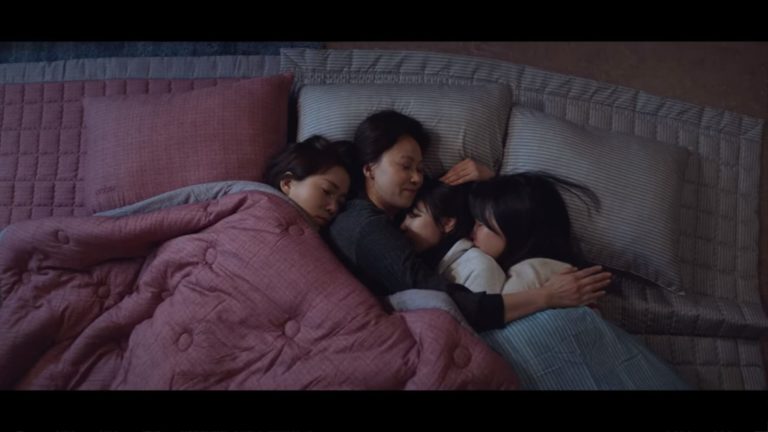 Hello Me is a South Korean TV series starring Kim Young-kwang, Choi Kang-hee, Eum Moon-seok and Kim Yoo-mi. The series is based on the 2011 novel Fantastic Girl by Kim Hye-jung. Hello Me episode 15 is directed by Lee Hyeon-Suk.

Am I ready for Hello Me to wrap up so quickly? No. However, there’s not much choice I, unfortunately, have on the matter, and seeing how briskly and smoothly Hello Me episode 15 wraps up the season’s penultimate episode, it makes me wish for one more season to see all these characters again.

So, Hello Me episode 15 wraps up a lot of plot points while taking the main plot almost till the end and leaving out a bit for the last episode.

In this episode, restarting from last week, Scarlett is devastated to find out that her father is dead. She understandably breaks down and realises that she had a hand in his death. However, her mother assures her that that is not the case and that her father died protecting her – that’s something she’d do as well. Meanwhile, Ha-ni is in office tensed thinking about the outcome of the shareholder’s meeting. But she has to push that thought aside when her mother calls her and tells her what’s going on.

Scared, Ha-ni rushes to meet her mother and Scarlett and seeing her father’s grave makes her grieve his death all over again. However, she is able to compose herself for the sake of a devastated Scarlett and this brings their mother to assure her that it is not either of their fault.

On the other hand, at the end of the shareholder’s meeting, Yu-hyeon is ecstatic after his father wins the favours of the vote. However, all is not well since he realises that Ms Han has been taken away for manipulating stock prices and for her illegal ways. It is additionally devastating to learn that Do-yun is the one to nail that coffin shut and although it was the right thing to do, it’s still pretty sad for him.

Yu-hyeon apologises to Do-yun and thanks him for taking care of Joa Confectionary. The brothers solve their problems and hug it out. Later on, Do-yun goes to meet his mother who is still banking on the belief that she will take over the company. However, the former tells her that she needs to forget these things and he will not let her be as lonely as she has been. He adds that everyone is waiting for her to come back and this time they will all be there for her.

Lastly, Hello Me episode 15 also ties a knot on Anthony’s storyline. After the devastating expose in the last episode, Anthony is absolutely shaken and is unable to face anyone or himself. However, after Scarlett’s pep-talk, he goes to meet Ha-ni and they have a chat as well. This results in Anthony taking a painful step, but apologising to his victims as well. It’s a sweet moment because you see the man taking ownership of his horrible past and doing something about it instead of ignoring it like he used to do.

On the other hand, Ha-ni is shocked when she hears Scarlett’s phone ring. Remembering her grandmother’s words, she picks it up only to be shocked by what she hears. Her father is on the other end and he tells her that only she knows how to get Scarlett back home. It’s a confusing thing to say, but with only one episode left to go through I’m sure we’ll all get the answers that we’re looking for soon enough.

Hello Me episode 15 is an emotional episode and there’s a lot of crying. It feels great to see Yu-hyeon in better spirits and all the other threads coming together and getting poignant endings. Although I felt that the main point of contention, that is Ms Han’s storyline, got sorted fairly easily, it’s still an easy and good watch and takes a good step towards the finale.

Hello Me episode 15 is streaming on Netflix.

Liked the Hello Me episode 15 recap? Read the other recaps of Hello Me here, or all of our other reviews here.