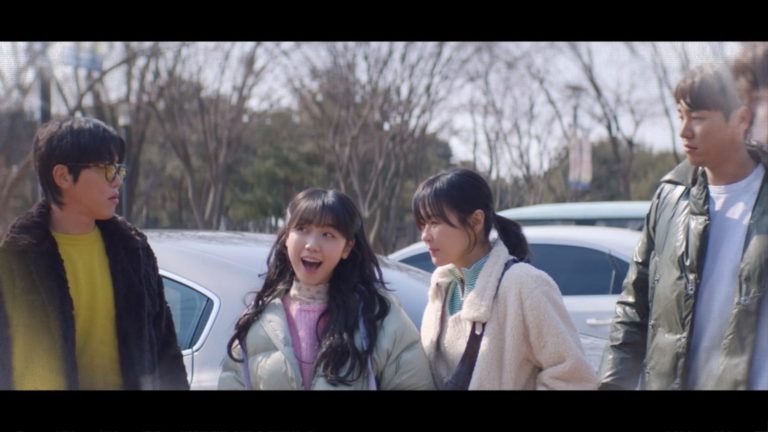 Hello Me is a South Korean TV series starring Kim Young-kwang, Choi Kang-hee, Eum Moon-seok and Kim Yoo-mi. The series is based on the 2011 novel Fantastic Girl by Kim Hye-jung. Hello Me episode 12 is directed by Lee Hyeon-Suk.

With a lot of heartwarming moments to keep you interested and hooked, Hello Me episode 12 keeps a nice pace with its predecessors and delivers an equally interesting story. The series is getting more serious by the minute, and with the introduction of some familiar dispute, things are sure to get more interesting after this.

So, after the last episode, Hello Me episode 12 has Ha-ni and Yu-hyeon being investigated for plagiarising the snack that they introduced for the in-house contest. Although no one believes that Ha-ni could’ve done what she’s being accused of, everyone is on-edge and stressed. In the office as well, her teammates are sad and frustrated.

This incident, however, gets the attention of both Yu-hyeon and Do-yun who look into the incident separately. Yu-hyeon is almost certain that Ms Han has something to do with it and so does Do-yun. The latter speaks to his mother about it, who confesses that she knows Ji-man is going blind and this time, she will take Joa Confectionary from him. Although Do-yun is ashamed of his mother, Ji-eun’s involvement in the matter complicates things and he has to bow down to his mother. Yu-hyeon, on the other hand, takes his concerns to Do-yun, who is at a loss for words.

On the other hand, Anthony is gearing up for an important audition and that has him on edge. The more the story unfolds and we get a better look into his life, the more we are forced to warm up to his character. Anthony is extremely stressed about the audition and lashes out at everyone around him, including Scarlett. The latter, thus, has a word with him which puts him at ease and he delivers a riveting performance.

Yu-hyeon and Ha-ni are put on leave due to the incident at the office and thus the two of them, Scarlett and Anthony go for a picnic. It’s a sweet moment for all of them and we see Yu-hyeon and Anthony take up a united front when they realise that Ha-ni might be going on a blind date. It is here that Anthony gets to know that Scarlett’s pep talk worked its charm because he got the role. The four of them are ecstatic at the news.

In the end of Hello Me episode 12, Joa Confectionary has to live up to another horrible news and Yu-hyeon has to shield himself from something devastating. Will the two of them be able to cope? We’ll just have to wait for the next episode to find out!

Hello Me episode 12 is streaming on Netflix.

Liked the Hello Me episode 12 recap? Read the other recaps of Hello Me here, or all of our other reviews here.