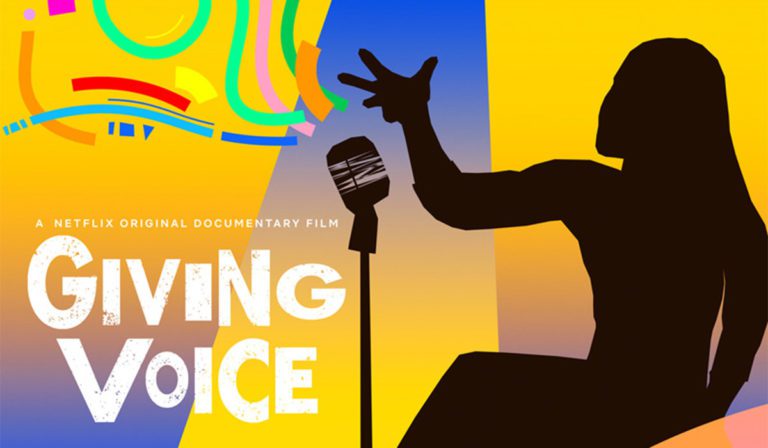 Giving Voice is a documentary directed by James D. Stern and Fernando Villena and focuses on the annual August Wilson Monologue Competition for a chance to perform at Broadway.

Inspiration can be found if you know the right place to look for it. For African-Americans, it is always a struggle to have their voices heard or their struggles to be seen on popular media. Although things have definitely started to look up at the present, there’s still a long way to go before the upcoming generations can feel like they truly belong somewhere.

Giving Voice brings forth a huge inspiration in the world of acting and theatre by highlighting the August Wilson Monologue Competition. Wilson brought forth the everyday struggles and problems of African-Americans in his 10-play Century Cycle. After his death in 2005, hundreds of students from different American cities recite a monologue from one of his plays to get a chance to win the competition and perform at Broadway.

This isn’t just another competition for these children though. A lot of them have seen many problems and gone through various trials and tribulations and the competition and Wilson’s plays serve as a source of inspiration to all of them. The plays are a place where young African-Americans can feel like they belong, a place where there’s someone who will always understand them. These characters are all of them in some form or another and their struggles are things that all of these artists have felt.

The zeal to do something for others and themselves is what keeps the kids going. As I said, not all of them have come across favourable times and theatre is a place for them to express themselves and be their own true person. Giving Voice focuses on a few of such students who all have burning potential and are looking forward to proving themselves. We see them go through their lives, take part in the competition, and watch some of them fail and win. It’s a story of heart and passion, one where no one is bad and everyone belongs.

The documentary also consists of interviews with Denzel Washington, Viola Davis and Stephen McKinley Henderson who talk about their struggles, problems and their feelings for August Wilson and his plays. These segments are intercut with the students preparing and blazing through the 2018 iteration of the August Wilson Monologue Competition. Giving Voice makes these segments raw and pushes us to be inspired with footage of Wilson talking about his plays and the thought process behind them.

Giving Voice tells us that acting can make youngsters rife with determination, optimism and can instil confidence. Wilson’s plays are so relatable that they can be the kids’ own stories or stories about someone or the other in their families. This makes the whole deal very raw and personal. This feeling of personal and intimate makes this competition, and the need to be excellent, even more alluring. The competition is tough and the students extremely talented and it’s a treat to watch these young minds enjoying themselves but also working hard to achieve their goals.

Giving Voice is an inspiring documentary about passion and determination and talks about how a set of plays can be so very personal for people across generations. Wilson was a game-changer when it comes to his work and that can be attested by these children who feel inspired by and at one with them.

Giving Voice is streaming on Netflix.

Liked the Giving Voice review? Read our other reviews here.