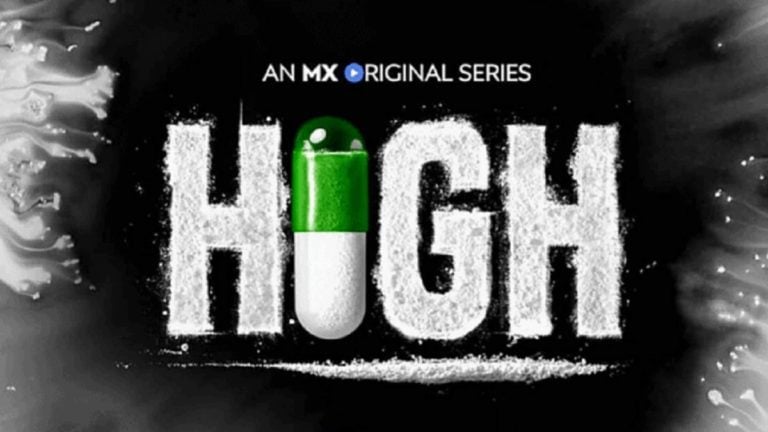 High revolves around the drug industry and the mayhem it creates. Shiv (Akshay Oberoi) was born in a rich family and had all he could ask for. But, when his father takes his life in front of Shiv, he turns to drugs to escape the trauma the event gave him. Once he stepped into the dark world of addiction, there was no going back for him. One day, however, he ODs and is taken to a secret rehab where an unauthorized ‘Magic’ drug is being tested on patients to rid them of their addiction and turns out, it works!

The makers of this drug are Dr. Roy (Prakash Belawadi), Dr. Nakul (Nakul Bhalla), and Dr. Shweta (Shweta Basu Prasad) who secretly slide the drug into the patient’s room. Once Shiv regains his bearings, he decides to raise money to save the rehab. However, others aren’t so happy with the outcome and decide to exact revenge.

The 9-episodes-long series is set at almost 40 minutes each episode. While the series is intriguing and engaging, the duration and number of episodes spent in building up two stories, in the past and present, feel extensive and sluggish. The series explains each and every character aspect and sometimes doesn’t leave anything for the viewers to analyze, interpret, or ponder upon. Though the two storylines connect coherently, the only issue sometimes is the length.

The present is dangerous just like the past. There are some uncanny similarities between both the storylines which are set in Mumbai. The series isn’t completely away from cliches but they don’t overpower the narrative, making it one interesting ride. The very idea of bringing forth an alternative healing drug works commendably well for the series. High creates a political and social vacuum for its viewers which gradually takes it to the crime-thriller genre. No police or nosy, corrupt constables hinder Magic’s rise in the market, no informer whispers to the police with a spoiler tip-off about Magic and its dealers – these small things which High refrains from doing, make a huge difference.

Akshay Oberoi as Shiv Mathur fits in his role perfectly. His character progress from being a drug addict to becoming a man with a fine mind and knowledge and not even once does his performances lets you off the hook. He is feisty!

Ranvir Shorey as Lakda, a homicide henchman to powerful individuals in the medical field is dangerous, heartless, and there’s no escaping his guns or him! Honestly, we need more of Shorey in such strong and menacing roles.

Shweta Basu Prasad as Dr. Shweta, a cautious and determined junior assistant to Dr. Roy plays an important part in the narrative. In recent times, Prasad has been seen in numerous films and series such as Serious Men and Hostages 2. Her onscreen presence is strong and confident with a brilliant mind and character arc.

Mantra Mugdh as a DJ who does shady stuff and is Shiv’s first supplier of Magic plays his role in a way that is different than how viewers have seen him on-screen frequently. His role disintegrates his image as someone who is mostly or just into the comedy, romance genre and depicts him in a new light which is impactful.

Madhur Mittal as Jimmy is a hyperactive rapper who sells drugs, consumes copious amounts of it, and is a nuisance overall is a character you just won’t root for. Mittal’s Jimmy has a persona that yells trouble.

Mrinmayee Godbole as Aashima is a character which plays as a commentary on the state of media today where TRP, blind items, and fake propagandist news is everything but she is done with the drama of the industry. Her character’s inner dilemmas are brought on-screen by Mrinmayee with utmost perfection and her character is the one that won’t let go of your attention.

All in all, the whole cast of High is not just mere characters, but praiseworthy performances where you’ll take something or the other with you!

STREAM IT! In times like these where drugs are a major point of discussion and controversy, High offers its viewers a ride down the drug lane, and its definitely a long and worthy ride. With a storyline that is engaging and a cast that doesn’t fail the screenplay, MX Player, yet again, brings to viewers a binge-worthy series.