Leisurebyte DISCOVER THE ART OF PUBLISHING
Home Entertainment MX Player’s Aashram 2 Review: Baba Nirala Reveals His Sinister Self To All 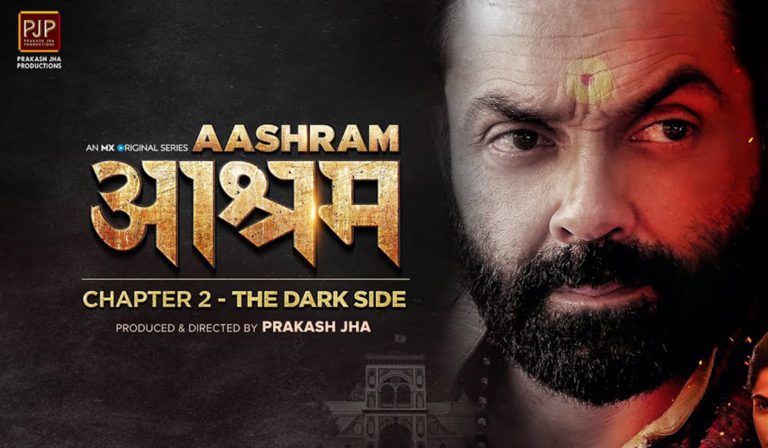 He Wasn’t Born Altruistic, He Isn’t One Either

Aashram premiered on 28th August 2020 and Aashram 2 made its way to MX Player on 11th November 2020. So, it’s safe to say that Baba Nirala returned way too quickly as if he never left! We pick up from where we left off in the pious aashram which is a den of black and dirty deeds and Baba Nirala is nowhere near stopping or even catching a breath. However, now that Baba’s deeds are on the surface, he is done with the pretending phase, except when he’s in his darbar preying on young and naive women.

The novelty is worn off in Aashram 2 and we often see Baba ‘deflowering’ unconscious women as his lust drive increases. There is no slow pace drama in Aashram, we see the layers coming off real quick and there is no time for viewers to wait and watch for things to turn up. While the drug-laced laddoo business is growing more and more, police officials Ujagar and Sadhu as in disguises planning to bring forth the truth. In between all this, we also see Baba’s real intentions for Pammi who is working hard to become a wrestling champion.

And here again, belief is questioned. With everything beautiful and godly on the surface, is Nirala worth worshipping? The answer is no! The series oftentimes repeats the same idea of Baba and his unfair dominance and terrible deeds in different vessels and by the end of it, you start getting a hang of what’s going to happen next. While the first season was a blast and unpredictable, the second season doesn’t match the same energy but is still engaging.

One of the strongest points in Aashram S1 was the idea of caste and class and how Baba Nirala is the saviour of the downtrodden, the one targeted by society. It took the series up a notch and now that Pammi knows what this godman actually did and who he really is, will she fight against it or, like his brother’s wife, just accept? Is this when we see Kranti and a movement against these fake-godmen? Will that be the ultimate social commentary on the face of such people?

Baba Nirala is having a good time this season with a few roadblocks here and there but who can stop him? With Tinka, the youth singing icon, he is ready to capture the youth but there is something that has changed. He has grown fearless in his deeds and considers himself invincible. With a sure shot possibility of season 3 will it be an end of Baba Nirala soon?

Bobby Deol as Baba Nirala is as enchanting as he was in season 1. He plays his role with finesse and his character is greedy for power and will do anything and Deol is convincing and believable. On the other hand, Chandan Roy Sanyal as Bhopa is again the same dangerous person who will slaughter you at first sight if you mess up. As baba’s right hand, he is now scared of the confidence Nirala is harbouring and maybe that doomsday is near.

We see women taking charge this season slowly with Aaditi Pohankar as Pammi, Anupriya Goenka as Dr Natasha, Tridha Choudhury as Babita, and Anurita Jha as Kavita. With female characters all strong and almost ready to fight Baba Nirala, it seems like the end isn’t far. The female cast brings the best of themselves on-screen with stellar performances all round and thus it carries more effect and power!

With various other cast members such as Darshan Kumar as SI Ujagar Singh, Anil Rastogi as CM Sundar Lal, Sachin Shroff as Hukum Singh, Adhyayan Suman as Tinka Singh and more, Aashram 2 is dirty, complicated and messy and just starting to get uglier.

STREAM IT! Rage, fear, broken trust, revenge, lies – everything is in Aashram 2 with a call that staying silent is never the answer to anyone’s sufferings. While in terms of plot the series doesn’t offer much progress this season, it is still watch-worthy. Maybe in the next season, we’ll see Nirala being fierce without his evil and charming smirk. So, till then Japnaam!

Read the Aashram 1 review here, or our other reviews here.