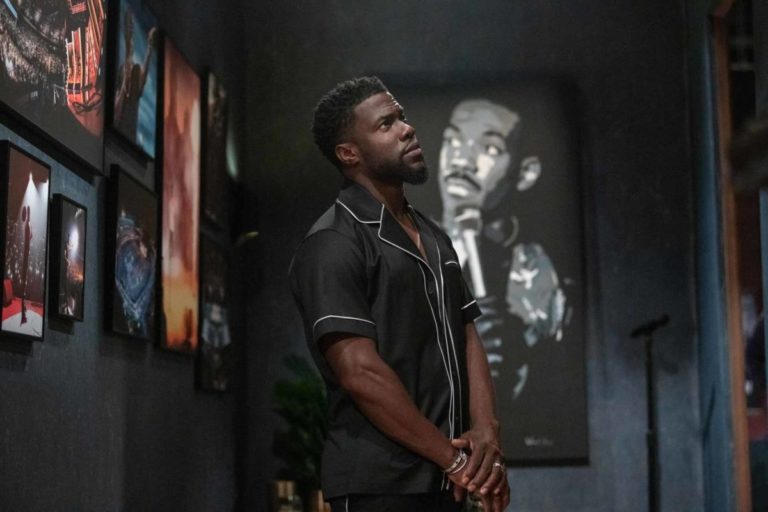 Kevin Hart: Zero Fucks Given premiered on Netflix on 17th November 2020. To date, Kevin Hart has done almost 8 Netflix Comedy Specials and is one of the world’s most renowned standup artists.

“This right now feels right, in the comfort of my own home. Getting back to the basics.” – Kevin Hart

If I had to name one comedian I was told time and again to see it has to be Kevin Hart. Hart is a fan favourite and there is no denying that. With his new standup special which came as a surprise to his fans during this COVID era, Hart brings his charm and laughter for viewers directly from his living room! The standup was shot with only 12 people in Hart’s living room, all sitting wearing masks on a comfy sofa. No big crowds, no fear of getting the ‘VID’.

While every standup special that made its way to Netflix this year was shot pre-covid, what caused Hart to have to do a standup from his own living in his pyjamas and Jordans in the midst of a seemingly never-ending pandemic?

Hart starts his standup by telling people how he suffered from Covid in the very beginning when it was not cool (still isn’t) and didn’t announce it because he had no chance standing against Tom Hanks’s news of getting COVID! He continues and jokes about a lot of things he probably hasn’t done before like his ex-wife, disabled people, his cousins and his kids. There are many layers to his set.

Hart’s decision to name his set “Zero Fucks Given” was evident enough that he is going to set himself loose. Like every other person out there, Hart also felt like he is losing himself as he is trapped in his home and needs to reclaim his comedic side. And I believe his success is rooted in his realistic side which exists beyond his riches and fame. He knows his roots and how far he has come and grown. He acknowledges he is getting old and knows that there is nothing wrong with it. He jokes about how conversation dies randomly when you’re in your 40’s and you are just brutally honest (with sample texts popping on screen!)

Hart understands how the lap of luxuries has taken a grip on his teenage children and spoiled them and weaves in a funny joke about it. Though this episode was chucklesome and there is no doubt about it, it was more of a rant session that Hart needed during this pandemic than anything else. Jokes were enjoyable, yes! Harts was engaging, yes! But was he rolling on the floor or eye-watering hilarious? Well, no!

Kevin Hart: Zero Fucks Given disappointed a lot of his fans in terms of his rant and not-so-funny jokes at certain points and maybe that’s just because nobody is used to seeing Hart in his living room being himself. They have a certain idea of him and his embellished stage presence and that’s ok too! Nobody is exactly willing to see more changes in 2020. We get you.

Harts says that he is in his living room with utmost comfort and can say anything he wants – which he does!

STREAM IT! While there are a lot of pros and cons about Kevin Hart: Zero Fucks Given it isn’t completely a boring flop show! You can still watch for a good time with Harts in black pyjamas and Jordans, chilling and talking with his audiences! While Hart has no fucks to give about his opinion, he definitely gives a fuck about his fame and standing! Everybody does Hart, everybody does.

Kevin Hart: Zero Fucks Given is now streaming on Netflix.