Home Entertainment How You Look At Me Review: Toxic Love Triangles 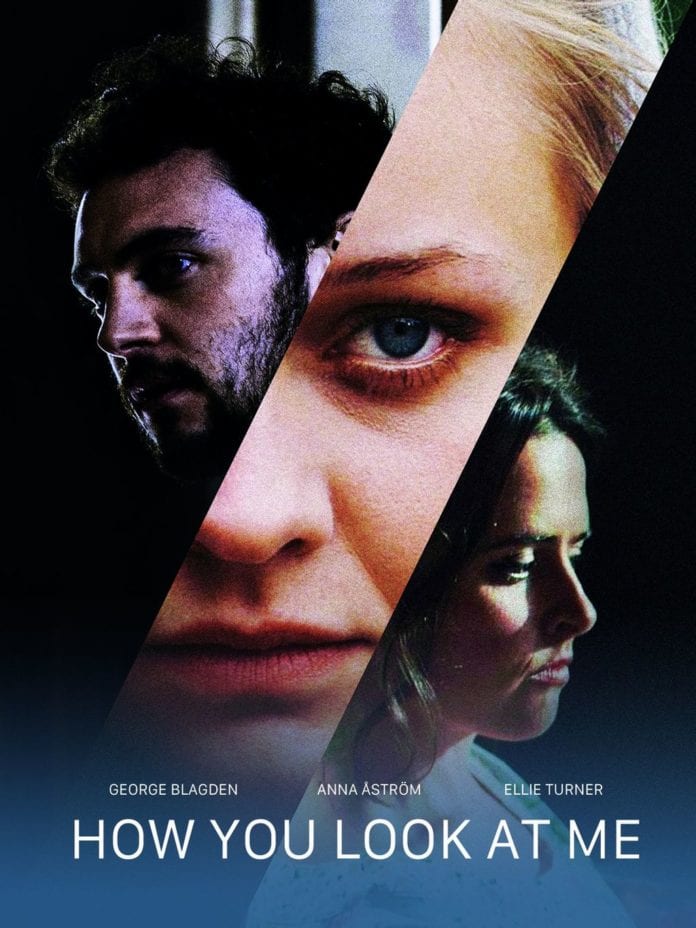 How You Look At Me is a drama film directed by Gabriel Henrique Gonzalez and starring George Blagden, Anna Åström and Ellie Turner.

How You Look At Me follows the lives of three people, Mia, Charlie and Ella, whose lives become invariable intertwined with each other when Mia makes her way into each of their lives.

Most of the film shifts between rural France or London. And these shifts are mostly seamless. You won’t be confused about when which incident is taking place. Mia is beautiful, charming and very a personality that everyone seems to gravitate towards. However, apart from these traits, she’s also manipulative when it comes to things that she wants and is, possibly, a bit unhinged.

She has two separate encounters with Ella and Charlie. Her relationship with Ella starts off as friendship and soon turns into something more. This is intercut by Mia’s relationship with Ella’s fiancé Charlie, who is living in his rural home in France after his father’s death. he is, understandably, heartbroken and just at this moment Mia comes into his life. Won over by her charm, they also start an affair. However, these things don’t stay hidden for long, and it ends as anyone would expect it to.

There’s a lot of heartbreak and toxicity in How You Look At Me. As is the norm with relationships like this, you know its wrong and will end badly, but the rush is too much to stop. There’s nothing new in the story, but it’s the brilliant background music, the handheld camera, and the wonderful cinematography that takes the cake here.

The music is brilliant and does a lot of work when it comes to sucking you into this mess of a love triangle. The handheld camera makes you feel like you’re there just behind these characters, listening in to every whisper and watching every secret kiss. And, be it the idyllic French countryside or the moody streets of London, the cinematography is breath-taking.

Indie movies really do us a favour by creating movies which are out of the ordinary, and talk about things that might just not be the most happening of topics. However, they do make you feel things that mainstream films don’t. How You Look At Me does a good job at showing relationships at are terrible and toxic, you root for these characters and you don’t – there’s something very real about it that you usually don’t get in mainstream cinema.

Summing up: How You Look At Me

How You Look At Me isn’t a mind-blowing film that will make you question yourself. However, it is impactful and, considering the beautiful cinematography and soundtrack, is worth a watch. The performances are also great, and Anna Åström as Mia is wonderful to watch, considering most of the movie is on her shoulders. Along with the moody score, a lot of scenes consist of disembodied conversations over slow-motion scenes which are great to watch.

The movie looks at modern relationships and questions whether the existing rules of love are a thing of the past. It’s a quiet look at toxic love triangles from the outside, and shows the complete breakdown of three relationships that were probably doomed from the beginning.

How You Look At Me is streaming over here.