Leisurebyte DISCOVER THE ART OF PUBLISHING
Home Entertainment HBO’s The Undoing Episode 4 Recap: I Know Who Did It 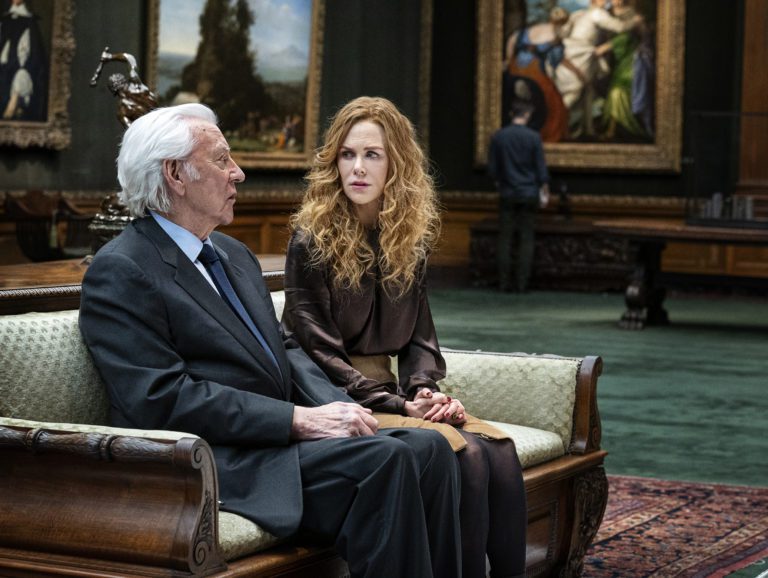 So, The Undoing episode 4 starts with Grace talking to her lawyer, the very sassy Haley Fitzgerald, and I can’t get enough of her. Haley has a lot of role in this episode and is quite the feisty woman who gives it like it is. She’s the badass that we all aspire to be. Haley gives Grace, and later Jonathan, a shot of reality and reminds them where they stand. There’s no point in lying to your lawyer, and she constantly reminds the husband and wife that.

On the other hand, another key character in The Undoing episode 4 is Grace’s father Franklin, who is absolutely frightening. He, first of all, threatens Jonathan for obvious reasons, and then goes on to threaten Henry’s school’s principal Robert Connaver after they threaten to expel the kid. The scene is shot very well, with the camera extremely close to Franklin’s face, and Donald Sutherland acting is absolutely amazing. His calm demeanour is opposite to what he’s saying, and the juxtaposition of the two things is frightening to another extent. Does Frankling hold a secret?

Meanwhile, Jonathan is still being a di*k  and is absolutely becoming insufferable. He goes to meet someone he shouldn’t which makes Haley feel like he has screwed up the case. Jonathan feels like someone who is extremely sure and full of himself. There’s something about the character that is really infuriating, and it sometimes feels like he’s lying to everyone regarding his role in the mess. He also lives in the delusion that Grace and he will be one big happy family once more which is surprising.

Grace, however, is being as obtuse as ever. I am not sure what she is trying to do with her relationship with Jonathan, neither is it clear whether she is actually in the clear or not. There’s a damning piece of “evidence” that the police get in Elena’s studio that’s surprising. There’s a lot of odd behaviours on her part, and I am concerned whether she will go back to her cheating husband after all of this is over or not.

With how things are going, it’s clear that there’s no easy answer to all of this, and it remains to be seen what comes out of this, considering Jonathan says something damning in an interview just as the Undoing episode 4 ends.

The Undoing episode 4 is streaming on HBO Max and Disney+ Hotstar.

Liked The Undoing episode 4 review? Read our other reviews here.