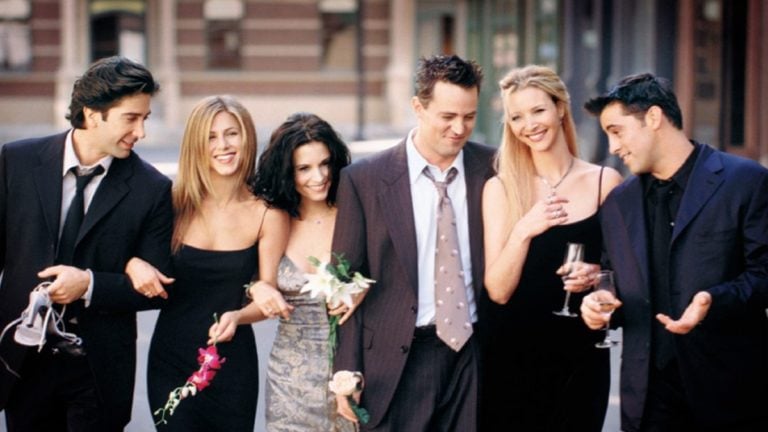 ‘So no one told you life was gonna be this way…’ is something many Friends fans have been singing for the past one year. Our favourite Rachel, Monica, Ross, Chandler, Joey and Phoebe were all set to return after 26 years for a Friends reunion special. However, the pandemic and lockdown ruined the plans and our reunion witnessed an indefinite delay. Actors Jennifer Aniston, Courteney Cox, David Schwimmer, Matthew Perry, Matt LeBlanc and Lisa Kudrow are as excited as fans to reprise their characters.

Ever since the production and filming of Friends stopped, fans are curious to know every update that comes their way. From May 2020 to August 2020, we even saw the premiere dates changing. While the pandemic is still not over, the acting industry has resumed work under severe protections and health protocols to be followed on the sets.

Now, our beloved Ross Geller, played by David Schwimmer, has an important update on the Friends reunion shoot. The actor revealed that by taking all the precautions, they will soon be undertaking some portions for the shooting outside. The outdoor shooting will take place in Los Angeles after a month.

In an interaction with SiriusXM’s Radio Andy, the Friends actor said, “Actually, in a little over a month I’m heading out to L.A. So, finally, I mean, we figured out a way to film it safely and there’s going to be a portion of it that we filmed outside because of, you know, for safety protocols.“

When the Friends reunion episode was announced, it was reported that either Ellen DeGeneres or Andy Cohen will host the special. The actor was asked if anyone among these two is finalised yet or not. David shared, “I can tell you it’s not Ellen, and it’s not Billy Crystal. I can tell you who it’s not, but that’ll take a while, probably.“

Talking about Friends, the sitcom aired from 1994 to 2004. It has 10 seasons with every episode being of at least 25 minutes. The show is termed as one of the best sitcoms in the world. People of every age group have watched the show and are waiting for the reunion. The episode will air on HBO Max.

Take a look at David’s post from months ago confirming Friends reunion:

We can’t wait for the actors to finally be on the sets together after 26 years. It will be memorable to see Jennifer Aniston, Courteney Cox, David Schwimmer, Matthew Perry, Matt LeBlanc and Lisa Kudrow sharing the pictures and videos during the shoot from their social media pages. After all, fans have been waiting long enough for this day, so they deserve a little tease and treat.

Ben Winston (The Late, Late Show With James Corden producer) will direct the Friends reunion special. He will also be the executive producer alongside the sitcom’s EPs Kevin Bright, Marta Kauffman and David Crane. It will air on HBO Max.

Are you excited to watch this special? What do you think the makers will cover in the reunion special episode? Do let us know your thoughts in the comments section below.

For more such exciting news on Entertainment, click here.