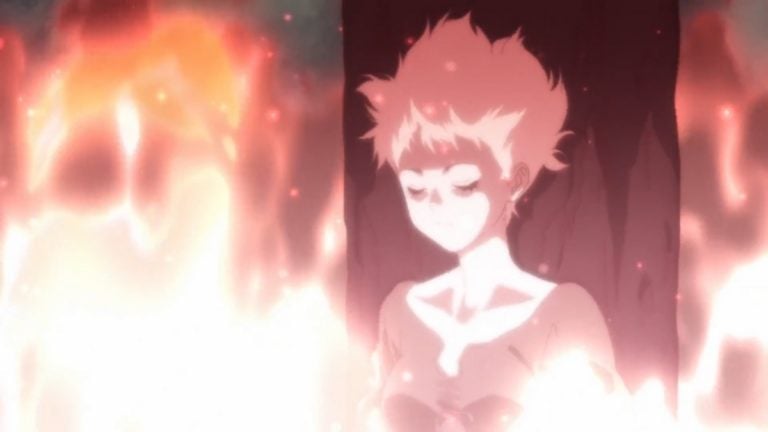 After a slightly rocky last episode, Fena Pirate Princess Episode 9 is here to wash away its past sins with an emotional and beautiful episode that promises to reveal a lot about the show’s story and characters. Let’s see what happened in this review!

Fena: Pirate Princess is an action-adventure series that is developed by Production IG. Production IG is a studio that is very well known for developing instant classics such as Attack on Titan, Haikyuu, and Vinland Saga. It is an original anime, so it isn’t adapted from or inspired by any manga or light novel. The series is created and directed by Kazuto Nakazawa, previously known for directing episodes in anime like Samurai Champloo and B: The Beginning.

This episode is known as Kaizoku Oujo Episode 9 in original Japanese. If you missed our review of the previous episode in this series, click here to read it!

I chose to keep the title of the review the same as the title of the episode, as I think it is quite clever. It implies multiple things, all of which are true in this episode in one context or another. It explores the past of the supposed bad guy in the story, Abel, and makes us see things from his perspective. It is also the title of a song that also helps Fena and the Goblin Knights get the answers they’ve been searching for all this time.

Read More- The Great Jahy Will Not Be Defeated Episode 9 Review: Saurva Can’t Catch A Break!

However, this also divided the episode into two halves, one featuring Abel and Jeanne (or Joanne, whatever you choose to call Joan of Arc), and the other featuring Fena and Friends. While both parts were great and didn’t have any issues, the Fena curse of rushing important plot points struck again in the form of a very disorienting conversation between Fena and Yukimaru during the second half.

The first half was mesmerising television, showcasing the ethereal beauty of Joanne and the cruel circumstances which led to Abel looking across the world for a trace of La Pucelle. This section of the episode was flawless and told us much about the background of the world where Fena resides and the conditions in which she was born. It is also a tragic tale of how love drove a man into desperation and corruption.

Read More- My Hero Academia Season 5 Review: Not As Awful As You Think

The second half was a rushed piece of mystery-solving that I’m not sure was a mystery in the first place. There weren’t any clues for the viewers to look for. The show just made up everything, including the answer to the “mystery”, and expected us all to take its word for it. Was it the only way to solve the coordinates of Eden, a 5-minute conversation that no one could follow apart from the characters that were having it? Are they really that short on time?

The characterisation of the Joan of Arc, or lady Jeanne, was every bit as mesmerising as the show had led us to believe. I am now considering Shitan’s words and wondering if Fena’s bloodline really has magic in it. Joanne is supposed to be the Joan of Arc of this world, and just like her, Joanne’s story is one of tragedy and sacrifice, which was a delight to witness in anime form. The show did not drop the ball on this character and did it justice.

Fena Pirate Princess Episode 9 also showed us the character of Abel in a different light, and he came off as a haunted soul tortured by his past and afraid of his future. Suddenly, everything he has done so far has started making more sense than it did. In that way, the episode was successful in doing what it set out to do. I wish this were something the show did for the whole episode. I like the Goblin Knights and Fena, so I hate when the show skips major parts of their stories.

No word can describe the portrayal and animation of Joanne better than “otherworldly”. She did not look like she belonged among us lowly humans, for she looked like an angel. It has always irked me when characters in a show describe an unseen character as beautiful when the character doesn’t turn out like that. I am glad this wasn’t the case in Fena Pirate Princess Episode 9, and now I know how Abel could effortlessly blow the female pirate troupe out of the water.

A few music tracks were also mindblowing to the level that the first thing I’m doing after writing this is searching them up on youtube. Fena Pirate Princess Episode 9 just showed that Production IG is untouchable when it comes to animation and music, although I think we already knew that.

Fena Pirate Princess Episode 9 was a tale of two halves, with one half bordering perfection and the other playing it safe and true to Fena’s modus operandi. I am sad that this ride will end soon, but only because the anime would have been even better with more episodes.

If you liked this review of Fena Pirate Princess Episode 9, you will also enjoy our review of the next episode in the series, which is available right here!