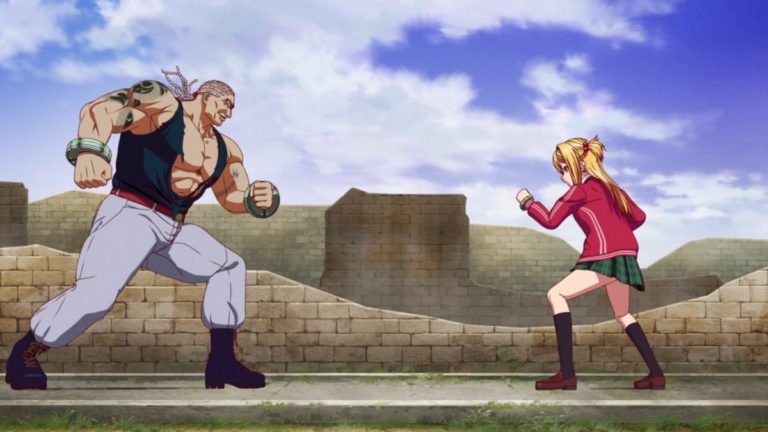 You could call Battle Game in 5 Seconds Episode 9 many things, but safe isn’t one of them. The show prides itself on being a bit different from the rest of the pack and does its damnedest to make that the case. Let’s see how it fared this week!

Battle Game in 5 Seconds is a Death Game style anime produced by Shogakukan-Shueisha Productions in collaboration with Studio A-CAT. Shogakukan-Shueisha Productions is known for producing several well-known anime series of the past, such as Monster and Pokemon, to name a few. On the other hand, Studio A-CAT is mostly an unproven commodity. The series is based upon a web manga written by Saizou Harawata.

Things were dire for Team Green and our protagonists as we headed into Battle Game in 5 Seconds Episode 9, and the going would continue to be rough for a little while more. The opponent is strong, merciless, and sees sacrificing many others to the cause as child’s play. A regular old Monday for Team Red, I suppose. But Akira is on the case, and he doesn’t like losing.

The show has set up multiple one-on-one matches for our viewing pleasure and has matched several intriguing characters against each other. The one with the most potential out of all of them is Rin Kashii, the nightgown wearing sadistic killer we saw in Episode 3. She is a fearsome opponent for Akira and the gang with an intellect that looks to be on par with Akira, alongside having a fantastic power to boot. Her future looks bright in the show.

Can you call Akira a psychopath? He uses others to benefit his cause without a second thought, and it is hinted that he might even be manipulating Yuuri to do the same. That certainly adds an edge to his character that makes him different from a lot of the other protagonists of similar anime. The show has deliberately avoided telling us about his past or motivations to set up a grand reveal in the future.

Overall, Battle Game in 5 Seconds Episode 9 was a lot less predictable than I thought. There were more than a few interesting developments that I can’t wait to see more of, and it at least gave some weight to the events of earlier episodes, making them more than just setup. Things are wrapping up nicely, and it feels like we all might have to leave for Manga-Land soon.

Things are moving at breakneck speeds in Battle Game, but the story isn’t even nearly complete. I would call a second season inevitable if the series were more popular than it is, but who knows? It obviously isn’t costing as much money to produce as some of the others running right now, so it could feasibly have another season without a problem. After all, who doesn’t wanna spend less money?

I don’t want to keep on beating a dead horse, but it is plainly obvious that the animators are having a hard time with the show. It is a fairly action-oriented series that requires smooth, precise animation to make the fight sequences worth watching. Battle Game in 5 Seconds Episode 9 does this by combining 2D and 3D animations in an unholy alliance not seen since the dawn of the best anime on planet Earth, Ex-Arm.

The 3D doesn’t look awful, but it doesn’t look very good either. The transitions between the frames are jarring at times and take one out of the experience for a bit. The music was great, and everything else in the show works. It is just the animation that brings the whole package down every time. It looks to be one of those “Eh, it is what it is” kind of things, so I’m going to stop talking about the bad animation. But only if it doesn’t get even worse.

Battle Game in 5 Seconds Episode 9 was great in everything but the animation department, as always. The plot is sprinting full speed towards a Season 2, but its existence is in no way a surety. It is what it is, I guess.

If you liked this review of Battle Game in 5 Seconds Episode 9, you will also enjoy our review of the next episode in the series, available right here!